What does the recent Department of Homeland Security visa sanction on Laos mean? It doesn’t just impact Lao government officials and their families. As part of ICE’s aggressive tactics against refugees and immigrants, the lives of those who came as refugees with permanent status and have orders of removal (deportation orders) are increasingly threatened, which can signal a larger deportation crisis for nationals of Laos. It’s a popular misconception that an MOU with Laos is necessary for deportation. If we recall what happened to Cambodia, Vietnam and other countries with mass deportations, then we have to be proactive in understanding these policy implications on Lao, Hmong and other ethnic groups from Laos who came to the states. These are the most frequently asked questions from community members below. The FAQ is information gathered from partnering sources and our immigration policy and legal experts. Don’t see your questions answered? Ask in comments or email editor@littlelaos.org and we’ll get them answered. Link to full DHS announcement   What does this announcement mean? On the July 10th, the … 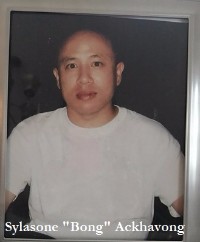