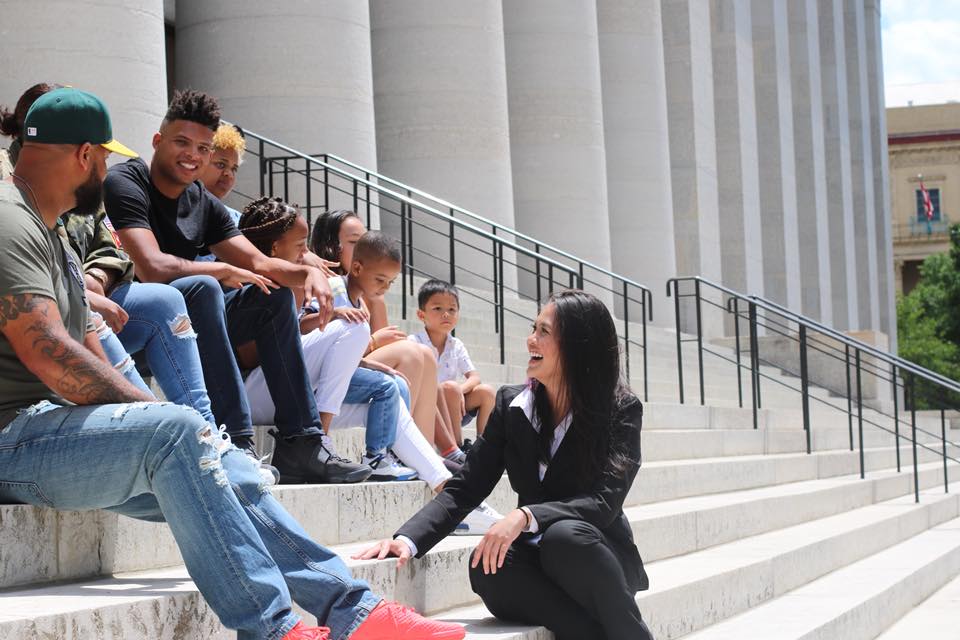 Coming from an unexpected win as senator for Ohio’s 3rd district, Democrat Tina Maharath is relishing her success as she travels throughout southeast Asia to reconnect with family. Many are calling Maharath an underdog as she won despite unlikely circumstances.

Unofficial Nov. 8 midterm election votes showed Maharath’s opponent, veteran Republican lawmaker Anne Gonzales, in the lead by just a few hundred votes and it seemed as if the race was headed toward a recount. But after Franklin County election officials counted provisional and late absentee ballots more than two weeks later, Maharath took home the win by about 705 votes.

“It doesn’t feel real right now,” Maharath said in a Facebook video announcement from Bangkok, Thailand. “I couldn’t have done this without everyone’s support. Thank you for all the contributions from all over the world, everyone who voted for me, everyone who helped raise me, everyone who was there for me when I wanted to give up…”

Maharath, a 27-year-old financial analyst from Canal Winchester, pulled ahead when the odds were stacked against her. She had no prior campaign experience, didn’t receive endorsement from the Democratic party or accept money from political action committees (save for initiatives that support bi-partisan Asian American civic engagement), and even faced attack ads that cost hundreds of thousands of dollars.

Instead, she relied on everyday people to support her, going door-to-door to talk about her platform and listening to constituents’ needs. In a blog post, Maharath says the generosity of her mother, who died in a car accident when Maharath was 14, pushed her toward a life of public service and giving to the community.

In an interview with Little Laos, Maharath said while in office she would focus on issues like supporting veterans, increasing educational funding, affordable healthcare, developing economic opportunities and investing more into solving the opioid crisis.

“This was no easy feat for Senator Maharath,” Little Laos editor-in-chief Chanida Phaengdara Potter said. “She represents a new historic chapter for the Lao American community. Our young people can finally see themselves in public office and that is progress we should all celebrate.”

Maharath will be officially sworn into office Jan. 1.