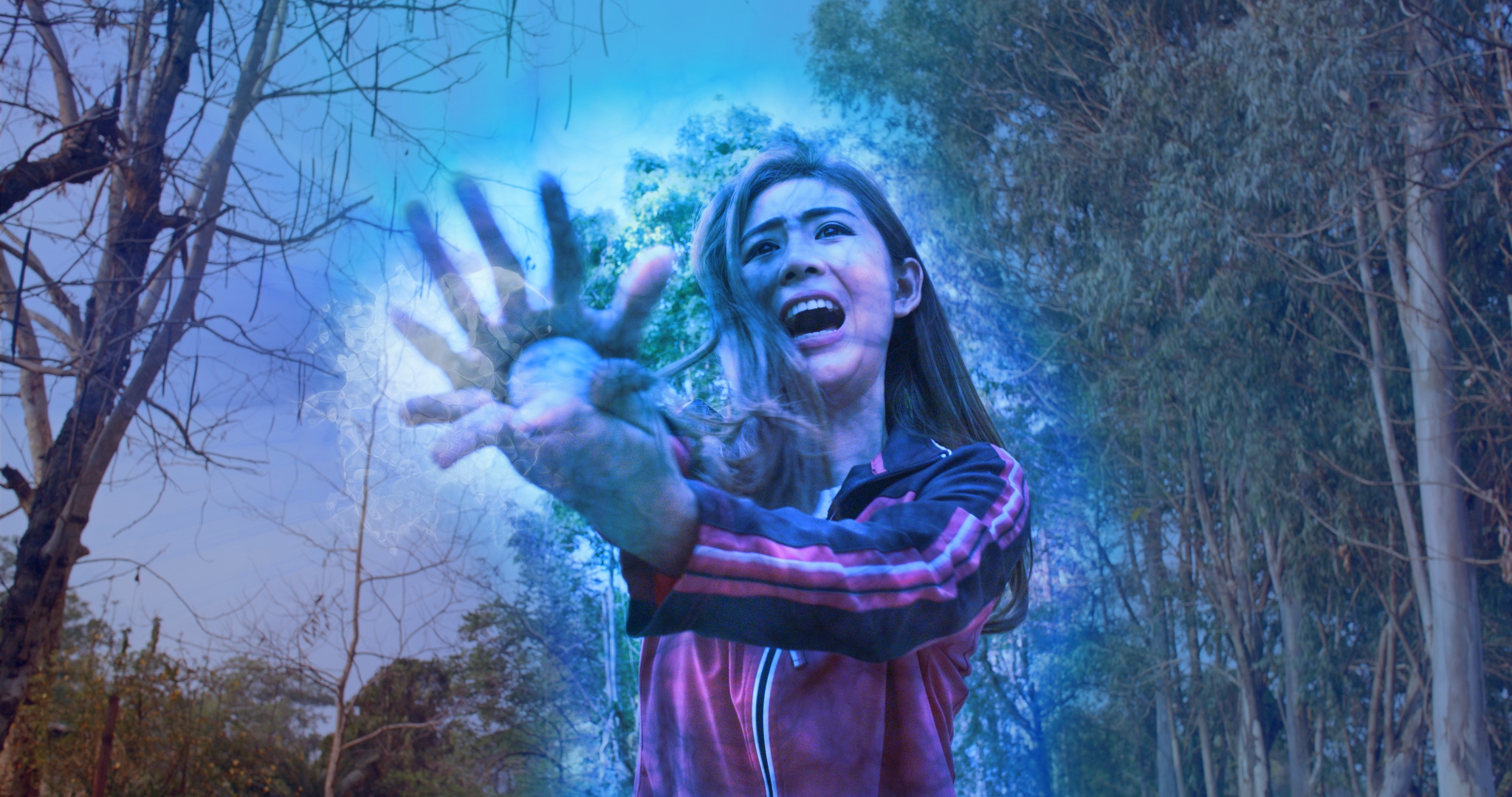 Growing up in Laos, a superhero or superheroes to look up to are virtually nonexistent. We have to make do with foreign heroes imported into compact cds set on racks in mom and pop shops. Until now, Lao kids never had a superhero that we could call our own.

Enter Hans Kaufmann, director and producer of Moon City: Rise of the Ninja Attack. Seeing this void (and how powerful an impact the heroes he grew up with made on his own childhood) he sets out to give Lao children the heroes they deserve.

So tell me a little bit about yourself, your background and what led you to making this movie in Laos?

Let’s see, I was born in Boston, but grew up in Detroit. Went to Michigan State. Moved to San Francisco. Got my start in the production world doing sound and lights at Rave Parties. Worked for a bunch of AV and rental houses hanging lights and plugging stuff, moving boxes, loading trucks and stuff like that. I got bored with living in the States, so I took an English teaching job in Seoul, then a friend of mine found a place in Vientiane with real cheap rent so I moved here for 6 months…and that was 10 years ago.

So at what point did it all start? How long has this film been in the making?

It actually started 10 year ago (2008), when I first arrived in Laos. I wrote a story about a girl that grows up during the American war in the cave city of Vieng Xay and becomes the leader of the Lao dance and music troupe. Everything else we’ve done is a step towards that. I made NGO propaganda and training films and documentaries to be able to afford the gears necessary to make the film we want to make. Moon City is a step we needed to make in order to grow the Lao Film Industry and grow the audience for Lao films using a model based on the first Star Wars film. We started with the stunt training in May 2015. Then we developed the story around our actors.

How did you go about getting your casts and crew together?

Crew was easy because there are only 3 of us, me and my 2 lighting guys. They have worked on almost everything in Laos. For cast we started with a meeting of the stunt guys who were interested. Then we made the story around them. Three of the people we chose as main actors quit on us at various times during the process. Pantheen came on board a few months in. Siewphing was the last person we cast. I casted her because she lived across the street from me. We kept them together by paying them more than other Lao Productions. Minimum of $50 a day for all cast and crew and $100/day for the leads.

What were some challenges faced in the making of this film?

Laos has quite a few challenges for filmmakers. The Thai media machine means that any movies or TV show Lao does needs to be better than what BKK produces or else no one will watch. And what makes things harder in the first place is just the lack of stuff, which makes everything 3x more difficult. The lack of professional equipment and trained crew. The lack of funding to pay everyone for their work. The lack of professional actors with actual acting skills that don’t need to work day jobs. But it just means you have to get very creative and use whatever is available to make the best product you can. Usually people mention the government censors but we didn’t have a problem with them at all because we made sure our movie wouldn’t raise any objections with them. I could go on about past challenges for days but the only challenge we have now is how to get people into seats.

Were there censorship issues you encountered in Laos?

No problem. We designed the movie as PG rated. We made sure there were no Thai words in the script. We paid them and they gave us the papers. The only things we had to add was a Lao disclaimer saying that it was Science Fiction and not real. We had to write “gambling is illegal” over a scene where it shows the bad guys cheating at cards and for some reason blur out Vientiane Rescue’s logo from an ambulance scene.

Yen sabai lifestyle is wonderful…when there’s no deadlines, so in general, life is much more stress-free and relaxed than in the States. Laos is a also a very young place so everyone we’re working with are still enthusiastic about life, which is different from many places where everyone has become jaded.

Out of all the genres you could have chosen, why superhero?

I’ve been reading comics books since I was a kid so like millions of people around the world I am a fan of the Genre so it’s easy to find inspiration. It’s currently the most popular genre in the world and appeals to the largest demographic. My son was really into Marvel when we started the project so I wanted to give him as a young Lao kid a chance to see a Superhero that speaks Lao. We also made 2 of the lead heros girls to appeal to all the young girls in Laos and give them a hero they could relate to. The honest answer I guess is that we designed this movie to appeal to the largest audience in Laos. Rom/Coms (Comhuk) don’t appeal to kids. It’s kind of like Star Wars. They impressed me so much as a 4 year old that I am still buying Lego Star Wars toys today. I want the youth of Laos to feel the same kind of ownership with our film and give us the opportunity to expand our Moon City Universe.

And how is the reception so far at home and abroad?

I don’t know. It’s hard to gauge. We have some trailers out, but no one has seen the movie yet. We have always known that our audience would depend on word of mouth among Lao people. So we are hoping that we can increase our exposure as much as possible leading up to the release. If you check the comments on our trailer on FB. Some people seem very excited and others are just haters.

So any plans for more films?

I have plenty of ideas but we have to find out if it’s worth it to invest in film here. I’m not sure a film industry is sustainable. But if I am lucky and my persistence pays off and we make an actual Lao blockbuster, then I have a lot of plans.

The news of a Lao Superhero movie reached our shores and a couple of my Lao American friends were talking about it.

I hope the Lao Americans like it and adopt it. They are an important market for this movie.

How do we catch the screening?

Follow Moon City Lao FB Page for updates on screenings. If selected for the Film Festival we have submitted to we will be screening in Montreal, New York, San Francisco, Austin, Vancouver and a few more places this fall. The first one we will know about is Fantasia Festival in Montreal which starts on July 12 this year I think. So we will be posting on our FB page in August which festivals accepted us. Jailbreak from Cambodia just had a red carpet in Cambodia Town so we are hoping to do something similar for the Lao American Community.

Check out the trailer for Moon City: Rise of the Ninja Attack below. Would you go see it?