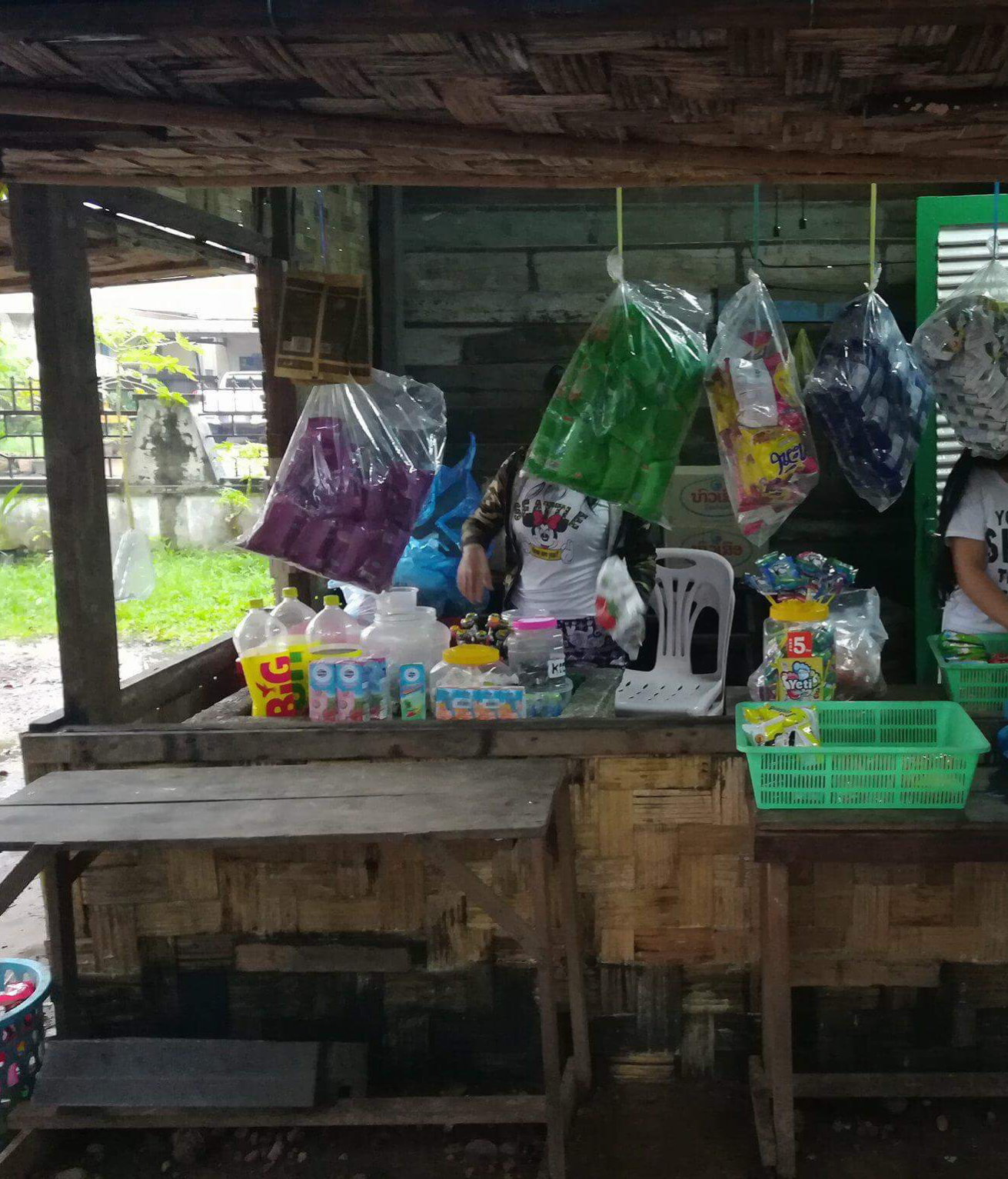 The sun was getting real low and there was nothing whatsoever to do in my dingy room at the guesthouse.

Viengthong District, a small, rural town deep in the mountainous heart of Bolikhamxay Province, is a town with absolutely no single point of interest. Surrounded on all sides by mountains and lush, green forests; the main road cuts through the heart of the town, a point that originates from an intersection that diverts to Lak Sao. Lak Sao, a logging hub once bustling with commuting traffic in and out of Vietnam, remains the destination of the road. Lak Sao, located in the the northern reaches of Laos, not Viengthong District, is why you might encounter another human being. I was bored. Pulling the cobwebs from my mind, I let my natural search for adventure guide me. I slipped on my running shoes and stepped out for a walk.

Walking around, you’d see what you’d typically see in a lightly developed, rural town in Laos: cattle roaming freely on the road, the occasional child riding on a gutted motorbike, and no streetlight in sight. The cold concrete and creaky wooden houses all standing intertwined and solemn, like sentinels along the narrow tar roads. Everything is just a little dark and too quiet. Suddenly, three young boys on a motorbike race pass me, throwing curious glances my way.

After a little while, as it starts getting late into the evening, I head back to the guest house; having found nothing of interest, but still having enjoyed my walk. If nothing else, taking in the fresh mountain breeze alleviates some of my built up energy. Flashes of fluorescent light bulbs start to illuminate the houses around me on my way back. I come up on a small shop and enter to see its snack selection. I greet the owner, a young woman either in her late or early twenties. She is one of those people you’d either overestimate or underestimate in age. She is attractive in the sort of way country girls are attractive; innocent, fresh, and tired.

With ice cream in hand, I head outside and sit at the stone table at the front of the store. As I am a naturally curious person, I tender her an invite to sit for a chat. I ask her a lot of questions about her village, which she mostly answers with a shake of the head and an, “I don’t know.”

After a few questions, she finally asks me why I want to know. I lie and say I’m a writer passing through the area, trying to write about the lives of the local people. In actuality, the reason for my being there is a whole different story in and of itself. I immediately sense her easy nature returning and her answers are no longer hesitant. As it turns out, life sure does have a sense of humor, because the lie became true.

Finally, she opens up and tells me her story. She grew up in that small town and has never set foot more than ten kilometers from where she was born. I ask her if she wants to travel or see the outside world. Her answer of “no” breaks my heart a little. This small town of hers, is all she knows of the world. She says that to ask her to function outside of it; she wouldn’t know what to do or expect. Besides, she has a young daughter.

At the age of fourteen, as is still customary in many rural parts of Laos, she was handed over in an arranged marriage. Her husband was eighteen, then. Her life, prior to the marriage, consisted of school and home. While it wasn’t much, it still held the promise of something more. After coming home from school one day, the fate of her life was sealed. Her parents informed her that she was to be married soon. She was no more than a clueless child.

This meant she dropped out of school, a not uncommon event, in cases similar to hers. There is no choice of her own to make here. No voice that matters. No say, whatsoever. Without much of an education, coupled with the added duties of being a housewife, her life no longer had any promise of anything more. Unfortunately, this is the same story echoed by many helpless young victims of child marriage in the rural parts of Laos.

I finally ask her about her husband and present day circumstances. She averts her eyes and her voice becomes faint. Softly, she says that the father is no longer with them. I ask her if he passed away. She laughs, a sound tinged with sadness and acceptance. She says she had no choice but to leave when it came out he was abusing drugs. In the beginning of their marriage, everything seemed okay, it wasn’t so bad. Their first child arrived a few years into the marriage. It wasn’t until after the birth of their daughter that she found out her husband had become addicted to drugs. Not knowing what to do and fearing for her and her daughter’s safety, she left him and went back to live with her parents. Their daughter, Miko, was barely a year old at that time.

After the revelations, we sit in silence. I ask her what hopes or plans she has for herself in the future. She smiles tiredly at me, a smile that does not belong on that young a face. These days, she doesn’t hope for much, just that she is able to make what money she can to put Miko through school, an opportunity she herself didn’t get to fully explore. She wants her daughter to have better prospects in life than she did. All the possibilities that being born in this lifetime should have afforded the young mother were cut short because of decisions that weren’t her own.

We’re both sitting in silence, me reflecting on my own life and feeling grateful, her reminiscing about the life she might have had. Though I cannot say I know what it feels like to be in her shoes, I feel that familiar ache of sympathy. I realize how blessed I am to live a life where the path I traverse is the same one I choose to take; and that, that same path is overflowing with all the choices I have made myself, and continue to make. It doesn’t even matter how many earthquakes I’ve encountered or will encounter along the way, it is my mistake to make. It always has been.

I have the freedom to go my own way. My life is my own, but here is this young woman, a divorcee and a mother, and though she is not the only one in the world; she is one not because of her own choices.

The night is a blank canvas of pitch black. I thank her for her time and leave her, maybe forever. On my walk back, I make a promise to myself; a silly promise of a naive child that still wants to see the world in its best light. I want to help the young mother put her daughter through school. Maybe it will be through an organization that helps young mothers that are forced into child marriages, in developing countries. Maybe it’s through a scholarship for the children begotten from child marriages. Maybe, that someone could be me.

Little Laos strives to amplify our community’s diverse voices. To submit your story for consideration, go here or shoot us an email at editor@littlelaos.org.

Disclaimer: Please note that photos are there to help tell a story and are not always there because they are a part of the actual story.