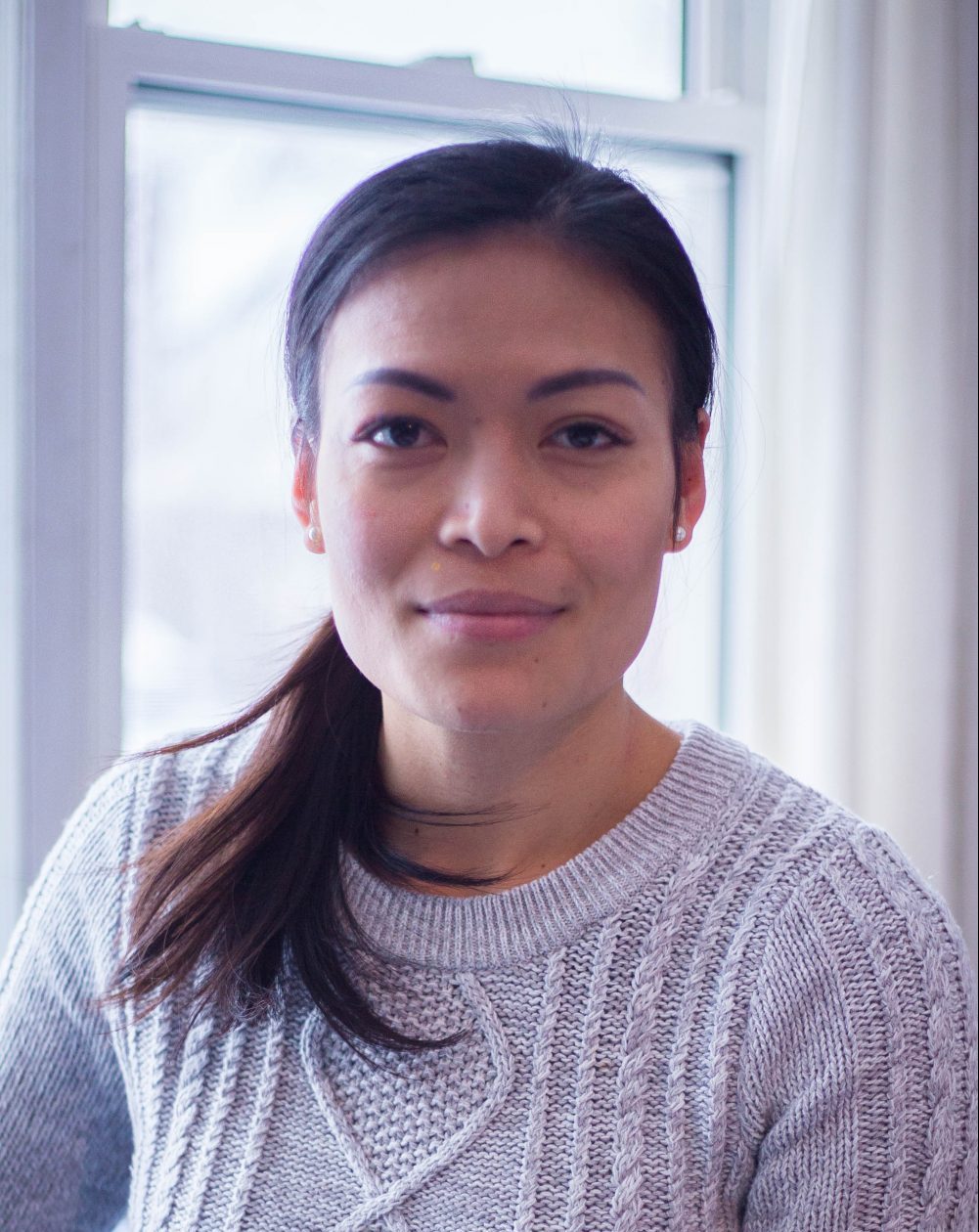 The aroma hits you as soon as you step in the door — savory meats and veggies sizzling on an open grill. With just a few tables, the owners call this a casual take-out restaurant; but, House of Pad Thai continues to draw you in with its friendly, relaxed vibe. This isn’t Windsor’s first Thai restaurant, but, it is the restaurant blazing new trails as the only place in town to serve Lao cuisine to the masses.

It wasn’t long ago that Windsor, Ontario was nothing more than one of Canada’s least desirable cities. In recent years, the city has undergone a quiet transformation, much like neighboring Detroit. Chefs and artists have revived the once down and out Detroit into a mecca for food lovers; and across the border, Canadians have been following suit. Among them are Chefs Lam and Justin Harb, who opened House of Pad Thai in mid-2015.

Justin and Lam are a husband and wife team. The pair connected while working at Simply Thai, her family’s restaurant. After many years there, the duo ventured off on their own to chase their dreams of making their unique culinary mark on the city.

The concept is simple: a selection of rice and noodle dishes, prepared fresh and fast. But it’s their ever-changing “featured” menu that draws the most attention. In addition to Lao staples like sticky rice, tum maak hoong (called papaya salad on the menu for the uninitiated) and laab, the restaurant showcases specials, often playing with the bold flavors and unfamiliar dishes many in the city aren’t accustomed to. Sometimes it’s traditional khao piek sen or gang nor mai. Other times, comfort food gets a modern, refreshing take. You’ll find tom khem stewed with chicken, served with a side of grilled vegetables, and sticky rice–a smart appeal to the health conscious and nearby Middle Eastern neighborhoods. It’s these dishes, and their ilk, that have adventurous eaters and Lao foodies alike coming back for more.

We had a chance to sit down with Chef Lam over this week’s special (pad ladna) and chat about the restaurant’s success, her connection to food and family, and their future.

So, Chef, tell me about your family’s journey to Windsor.

I was born in Ubon Rachatani, Thailand. It’s right at the southeastern border of Laos and Thailand. We came to Canada in 1991. It was a time when the world was taking in immigrants. A friend sponsored us through a church, and we landed in Winnipeg, Manitoba. Dad moved us out to Windsor because it’s the most southern point in Canada. He wanted somewhere warm.

Describe your approach to cooking. What’s your signature style?

My mom started teaching me to cook when I was 7. I learned by watching her, and through trial and error. She was my biggest critic: it’s too spicy, too salty, not enough of this, or that. I quickly learned how to utilize each ingredient, so it gives off the most flavor. Now, I tend to infuse different cuisines, with strong influences coming from both Thailand and Laos. I’m Isan. My cooking is between the two, and now with Justin’s [Italian culinary] background, I’m inspired to modernize my dishes.

Who are your heroes?

My parents. I learned both sides of the business from them. My mom taught me how to cook. My dad taught me about finances. My mom is one of the most hard-working, tenacious, strong women I know. She’s resilient, and competitive, too. I know this, because when my aunt came to visit, everything was a race between her and her sister. She’s been a great role model. I got my work ethic and determination from her. Growing up, she never showed me that she was weak, or that she wanted to give up.

My dad is godsent. He’s number one. When he met my mom, she was a single mother with two kids (my brother and I). My grandfather thought he was crazy to take that on. But he took us in as if we were his own. That speaks volume of the kind of heart he has. He’s all about family. He believed in me before I knew I wanted to do any of this. Put everything into the restaurant. Gave me resources and encouragement, said here, open up. Signed on with me 50/50. He’s been supportive of everything. So failing was never an option.

How do you incorporate authentic Lao flavors into your menu?

We have laab, khao poon, and the spicy kapow [stir fry]. Other dishes have derived from that. Our “featured” menu include our most daring dishes. They’re meant to be different from what we offer on the standard menu. We want to provide that for people who are adventurous. If it were up to Justin, he’d have more featured and less regular. But we do have the basic stuff too, for balance.

What’s been the response? What’s it like being the only Lao restaurant in the city?

It’s risky offering something you’re not sure if people want (because it isn’t already out there, and they’re not familiar with it). But it’s fun. The response has been amazing. People wait for their favorite dishes to come back. Some of our most popular dishes have been the pad ladna, khao soi, and khao piek sen.

What do you think of the growing #laofoodmovement trend?

It’s great. It’s gotta happen in the States first. People have to know to ask for it. But once they appreciate the ingredients and flavors, they’re going to love it. Lao food is going to be the new Thai food.

What do you enjoy most about doing this?

Seeing how much people enjoy my food. It keeps me going.

Naem khao. Favorite spice is toasted garlic. I can put that on everything—pad thais, soups.

What’s next for you and Justin?

We want to open House of Pad Thai, The Grill House. It will be a full-service restaurant with a bar and a more dine-in atmosphere. I was recently asked to teach a cooking class, and I want to pursue that too. People don’t know how to cook nowadays. It’s challenging to come up with meals and execute them to feed your family. That’s a valuable skill I want to share.

What advice would you give to another Lao person who wants to follow in your footsteps?

Go with your gut feeling of what you want to show people. If it’s a product that you 100% believe in, then you have to follow that and go with it until things work out. There’s no success without failure. And change. Always change. Never settle and stay the same. If you want to stay relevant, you have to change. Because you can easily get comfortable doing the same thing over and over and find yourself out of business because you haven’t put any real change into the business. Embrace it. Create it. Always involve change into your ideas.