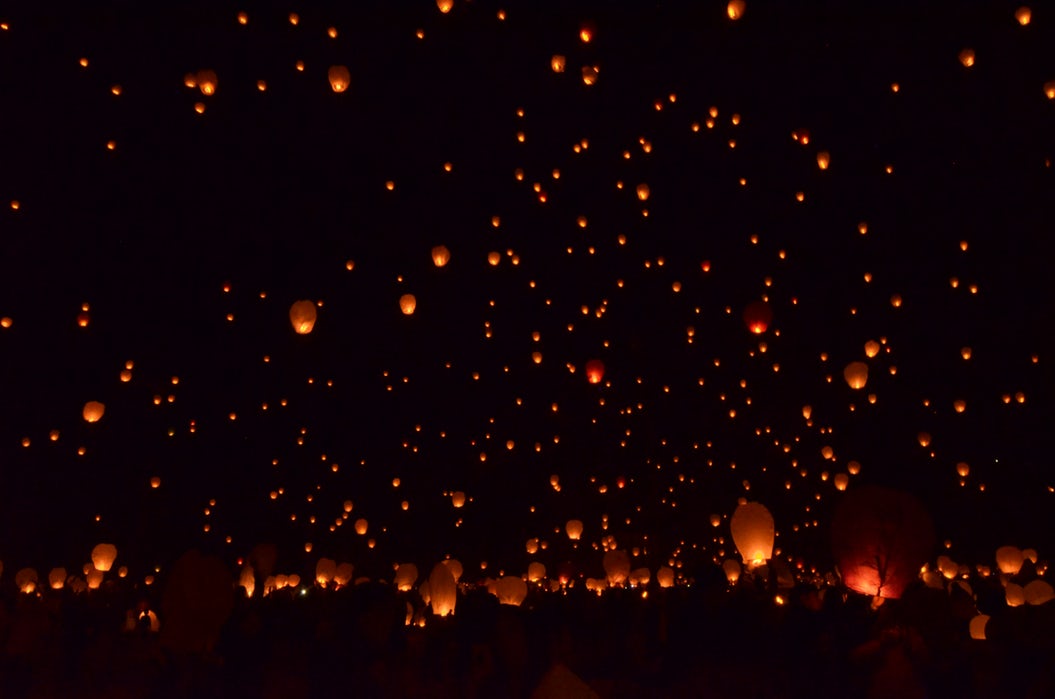 November 20th is the Trans Day of Remembrance (TDOR), and we at Little Laos on the Prairie want to take adequate time to recognize this day.

To quote tdor.info, “the Transgender Day of Remembrance was set aside to memorialize those who were killed due to anti-transgender hatred or prejudice. The event is held in November to honor Rita Hester, whose murder on November 28th, 1998 kicked off the “Remembering Our Dead” web project and a San Francisco candlelight vigil in 1999. Rita Hester’s murder — like most anti-transgender murder cases — has yet to be solved.”

This description underscores just how serious TDOR is. We as Lao Americans need to recognize TDOR because it is an issue that affects real people – people who are often marginalized and excluded in many areas of society. As an underrepresented group ourselves, we Lao Americans need to advocate, protect, and celebrate other underrepresented groups so that we can guarantee social progress for everyone.

Speaking of being underrepresented, it is also important to recognize that Black transwomen are disproportionately facing the severest forms of transphobic violence in US society. It is important to recognize this disparity because movements for progress often forget about people of color one way or another. We are witnessing that phenomenon now as the exploits of Caitlin Jenner overshadow the realities of everyday trans people (of color). I would like to challenge everyone to keep educating yourself on the realities of trans people because we Lao Americans of all genders can use our voices to uplift the most vulnerable members of the trans community, knowing that it will uplift all of us.

Trans communities are not only diverse in race and ethnicity, but they are even diverse in gender expression. A lot of people want to fixate on trans people’s bodies, but this is both invasive (Would you ever let a stranger casually ask what YOUR genitalia looks like?) and constricting (What if someone told YOU that you weren’t “man” or “woman” enough based on how your body parts look?). To quote actress and trans rights activist Laverne Cox, “the preoccupation with transition and with surgery objectifies Trans people.”

Trans people express their gender identities in many ways physically and stylistically, and some people may identify outside of the spectrum of “male vs. female” and “man vs. woman.” (Existing outside of a gender binary is supported by science, because unfortunately some people need science to treat other people with respect.) There are even many terms for the various identities of trans people – transwoman, transman, genderqueer, nonbinary, transmasculine, genderfluid.

Yes there are new terms to learn, but they are worth learning – because they can show support to people who want to live their truths. Some may call using these terms “political correctness” in order to delegitimize them, but all “PC’ness” means is having respect – and understanding how our words reinforce power imbalances. (This is merely practicing basic humanity).

Also, understand that  topics concerning trans identity can be sensitive, and many trans people still currently facing violence, housing discrimination, job discrimination, and negative portrayals in the media. You can’t expect every trans person to be patient when discussing these topics, or that they will take time and space from their own life and affairs to educate you personally. Just remember how frustrating it is to explain “what” Laos is, and how much more often trans people are probably asked about their gender.

The challenging (and sometimes painful) work of making progress and building bridges is absolutely necessary – but it must be done with patience, compassion, and respect.

Mayline Manivong is a talented Lao American hairstylist well-known in the local Minneapolis area. We featured her in the Lao Diaspora Project a few years ago.

Thongxy Phansopha is a Lao American activist, poet, and visual artists from Fresno, California and currently based in Sacramento. Thongxy (who uses they/them/their pronouns) unapologetically speaks on their ethnic, gender, and artistic identities, and will have their work unapologetically featured in the upcoming book Lao Voices of the Central Valley. Keep a look out for that publication, and check out this snippet of Thongxy’s zine California Dreamin’:

Kevin Soulivong is a Lao American fashion designer and event planner from Columbus, Ohio who helped launch Brand New: Ohio – an art showcase for Southeast Asian and Pacific Islander American artists. Kevin (who uses he, she, and they pronouns interchangeably) continues to engage in creating art spaces for SEA/PI Americans in Ohio, and works to maintain an LGBTQ+ inclusive environment in these spaces.

You can see that trans people are writing their own stories and creating community spaces, so I implore everyone to go out and be a witness to these creations. Of course the social situation facing trans people is serious, and we should still honor some somber moments to remember all of the trans lives that have been lost to hate, ignorance, and inequality. As we honor those lives though, let’s also be present for the living trans people creating life and expression within our current communities and the living world around us.