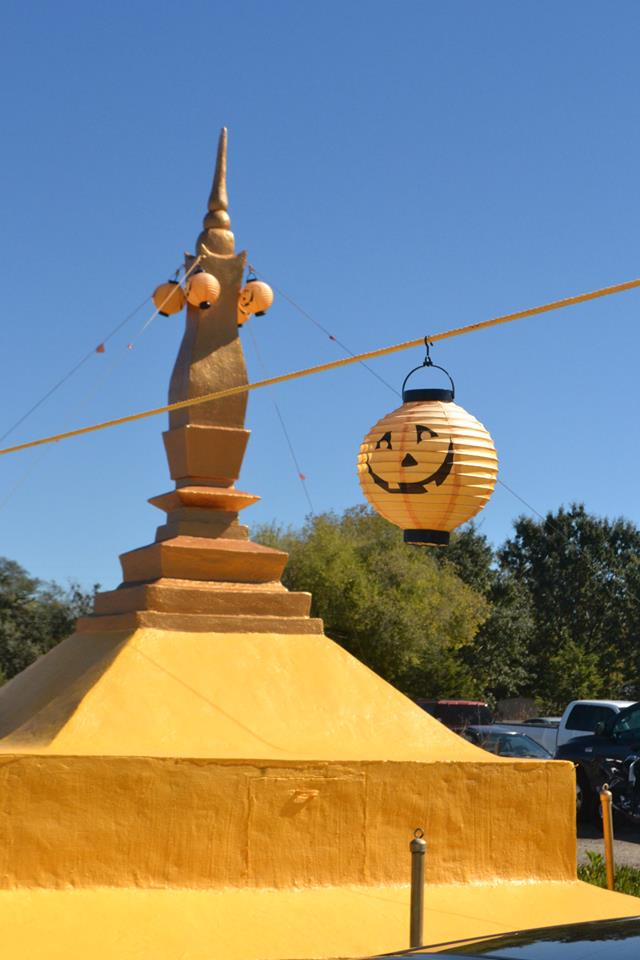 Happy HalLAOween! The first snow has hit and so in between getting dressed up as your favorite scary phi and other costumes for Halloween, it sounds like as good a time as any to share the latest delight (or horror) from the Little Laos on the Prairie kitchen! This year, we’re demonstrating that orange things don’t have to be scary!

Pumpkin spice for your lattes and chai is all of the rage as it makes its way back for the season, but we know Lao can do it way better! (Without adding real pumpkin to it, like some people demanded a few years back. #PeopleUnclearOnTheConcept)

Fortunately, this one is super easy to make in as little as 5 minutes.You’ll need ground cinnamon, ginger, lemongrass, nutmeg, allspice and cloves. You can experiment to taste, but we found approximately that the ratio should be approximately:

The lemongrass will be particularly overpowering if you aren’t careful so usually we use that sparingly. But combine them all in bowl, shake, and done. See? Super easy. Unlike some of our previous recipes we’ve recommended to you, hot peppers especially ghost peppers are not recommended for this one. Some people have experimented with dried ground mango or jackfruit, but you tell us, what’s your favorite Lao pumpkin spice recipe?