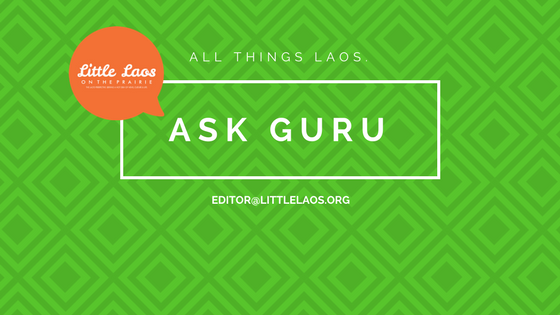 I am currently staying in Laos and got interested in Lao names. It would be interesting to me to get to know more about how and if Lao people change their names after getting married. Also if there are any dynasties of families with famous names, as some other South East Asian countries seem to have those.

Hope you can help me out here 🙂 Thanks and cheers!

Up until the late French colonial era, Lao people did not typically have surnames. French enforcement was weak and then the country fell into turbulent times, so even today in some remote areas people still do not have surnames. Unfortunately, also due to these factors, there is a great deal of duplication of surnames even when two families are not related at all, unlike in neighboring Thailand where surnames are not allowed to be duplicated when there is no relation. When a rural family wants access to social services, such as enrolling a child in school, a surname is assumed by the family or sometimes given by the local authorities in order to complete the application. A friend of mine from the Tai Leu tribe in rural Oudomxay province was given the last name “Sayasone” several decades ago by the local authorities when he enrolled in elementary school, without actually having any relation to the famous former president.

On marriage, Lao women sometimes take their husband’s last name, but this is not universal. If the wife owns property or has other business holdings in her maiden name, she might not want to bother with going through the trouble of changing all of the various deeds and documents. Also if the wife is of a famous or powerful family, she might choose to keep her maiden name. One example of this is the Minister of Labour and Social Welfare, Dr. Khampheng Saysompheng, and his wife Dr. Viengthong Siphandone, who is the President of the State Audit Organization and daughter of the former president of the Lao PDR.

There are dynasties of families, just as elsewhere. A very prominent and large Vientiane family are the Inthavongs, descended from a prolific construction magnate in the early 20th century. As this name grew in renown, many rural people assumed this name as well, but were unrelated. There are other names which are clear identifiers to Lao people of where the family originated, such as Insixiengmay in Savannakhet, Norasing and Boupha in Luang Prabang, and Siphandone in the 4000 Islands.

Hope this helps with your curiosity in Lao names!