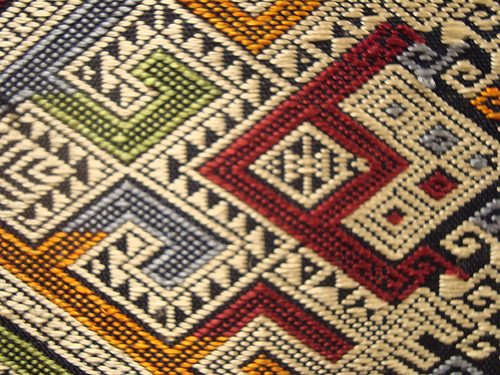 Happy Asian-Pacific Islander American Heritage Month (APAHM) to all of Little Laos on the Prairie’s readers! What started as Asian-Pacific Heritage Week after President Carter signed House Joint Resolution 1007 in 1978 has since grown into a full month that explores, promotes, and displays Asian American culture, history, and social engagement across the US.

Asian Pacific American Heritage Month is a time that grants many Asian Americans opportunities to hear about histories that they are generally left invisible otherwise. During APAHM, programs and events showcase the legacies of many notable Asian Americans. These legacies include those of Chinese and Japanese American activists who marched alongside the Black Panther Party in the 1960’s. Of the Filipino American farm-workers who organized alongside Cesar Chavez and forever changed the face of the US Labor Movement. Of the Chinese Americans who helped build the Transcontinental Railroad. Of Lucy Liu, John Cho, and Kal Penn, who made some of the first critical advances of Asian Americans in Hollywood.  Of Kamala Harris, who became the first woman, the first Jamaican American, the first Asian American, and the first Indian American attorney general in California, and is now a US Senator.

The Lao are part of APAHM too

I know that when I was growing up, I always felt insignificant when other people could reference the icons and heroes that represented their ethno-racial groups, because I had no knowledge of any Lao or Lao American trailblazers, game-changers, or visionaries. Even in the 2000’s when Asian Americans became more prominent in all aspects of US consciousness, I resigned myself to the idea that there may never be a Lao American counted among those Asian American leaders. Lao Americans didn’t seem to be the “right kind” of Asian American at the time.

When it comes to receiving visibility and acknowledgment, we Lao Americans have quite a few challenges in our way. Laotian Americans make up less than a mere 0.08% of the US population, which makes garnering community support for any Lao American initiative on a national level seem impossible. Even for Lao people who confidently knew detailed accounts of Lao people impacting history, it can be difficult to get that history promoted institutionally – in textbooks or programs – because the collective Lao American voice doesn’t even number 300,000. Our small numbers can often be ignored. There are even US communities who number in the millions and still have yet to receive an adequate acknowledgment of their histories.

What is probably a more pressing issue for the Lao American community in regards to our ability to “make history” are the socioeconomic challenges that our community faces. Poverty, low-degree attainment rates, PTSD, gang violence. These struggles make many Lao Americans feel that achieving their dreams is simply out of their reach – or even that it would be beneficial to distance themselves from Lao-ness and to emulate other, more “successful” communities.

On the surface it seems that we may never have the resources to ever successfully impact history but under all that struggle is a history of resilience. The only reason Lao Americans have so many challenges ahead of us now is because our forbearers had so many challenges ahead of them in the past. And they pushed and pushed and pushed through them – not without loss, but not without victories. Amidst all the wars that killed our people, the erasure of our history, and the culture shock experienced by the first Lao people to come to the US, we’re still here. We’re still creating. And we’re still getting shit done.

Lao American history is being written all around us

Now don’t get me wrong, I know that by the end of this APAHM, we’re not going to have a flood of history books begging to cover prominent Lao Americans. There are so many examples though, of Lao Americans who have been making huge waves in society through art, politics, media, and activism. Social challenges and inequalities won’t be disappearing anytime soon, but I know that our hard work and creativity will translate into increased recognition and opportunities for Lao Americans.

In electoral politics, we have people like Matthew Rizzie who is currently running for Lieutenant Governor of California.

In literature, we have Bryan Thao Worra. His poetry and speculative fiction like Barrow have shaken generations of younger writers. Bryan has even helped launched another poet Krysada Panusith Phounsiri into the world of published poetry, with Dance Among Elephants.

In theater, we have Saymoukda Vongsay the Refugenius performing her groundbreaking plays about Kung Fu Zombies.

In television, we have Kulap Vilaysack and Jujubee. Kulap serves as the showrunner for Seeso’s hit comedy series Bajillion Dollar Propertie$. Jujubee gained notoriety as being one of the most memorable drag queens as part of Ru Paul’s Drag Race franchise.

In film we have Tabatha Mitchell, who starred in her father Mychal Mitchell’s film Princess of Laos.

In activism, we have Chanida Phaengdara Potter and Channapha Khamvongsa. In addition to being the founding editor of Little Laos on the Prairie, Chanida is the executive director of The SEAD Project which educates and provides access to resources for the Southeast Asian community in Minnesota. Channapha founded Legacies of War, whose advocacy work pushed Barack Obama to pledge $90 million to the clean-up of UXO in Laos.

In fashion, we have Tony Innouvong and Saengthong Douangdara. Tony has a diverse array of pieces that he tours around the country. Saengthong has launched designer bowties with Tie Theory.

Don’t forget that Little Laos on the Prairie has broken so much ground by providing a voice for Lao people, and given a platform to Lao writers – who would be hard-pressed to find another one elsewhere!

To all my Lao Americans out there, let me validate all your worries about our community. We are facing enormous hurdles that work to limit the pursuits of our dreams. These hurdles though, are not stopping Lao American innovators from creating things that touch people’s lives all over this country. What is particularly invigorating about these innovators is that they are explicit in their intentions to promote visibility and progress for fellow Lao people.

Please do not hesitate to reach out to any of the Lao American leaders via social media, or their official websites. Fun fact: I sent a random Facebook message to LLOTP’s writers, and it started me on my journey to becoming a voice within the Lao American community . The future of Lao American History is inclusive, and the only people who should be intimidated are those who support injustice and inequality.