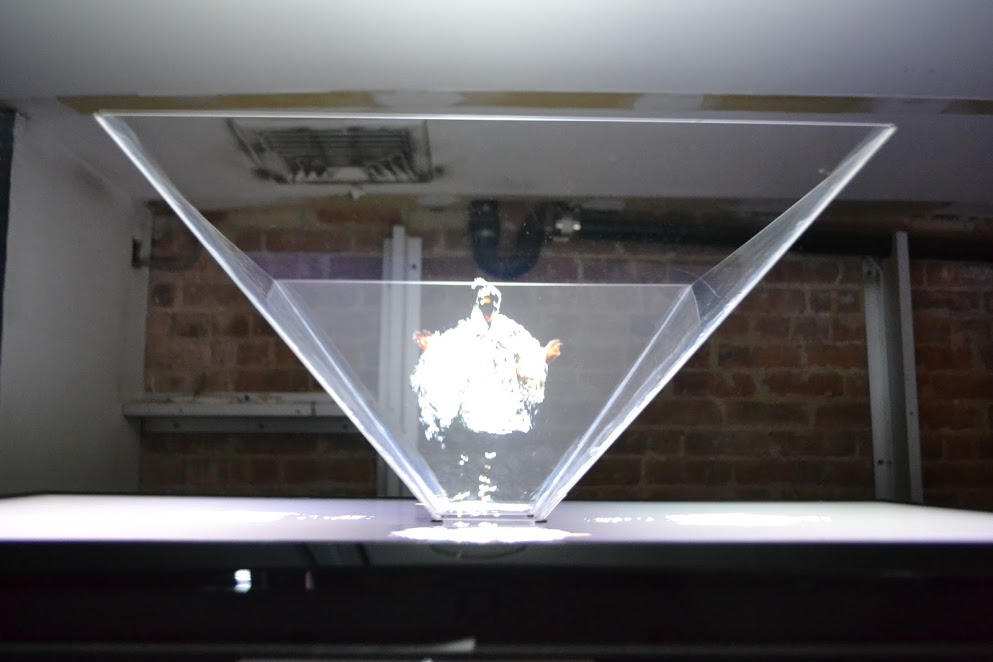 “How do you imagine your future?” That was the question over 10,000 people were asked over the weekend of November 11-12 in New York as part of the Smithsonian Asian Pacific American Center’s pop up museum entitled “Ctrl+Alt: A Culture Lab on Imagined Futures.”

Visitors met with over 40 local and visiting artists, including Lao American artists Saymoukda Douangphouxay Vongsay and Bryan Thao Worra as they transformed the old Pearl River Mart in New York’s Soho district into a dynamic space for expression and the exchange of ideas.

The artists transformed two floors of the old store into an interactive gallery of diverse views on possible futures. As the curators noted “even those who have long been pushed to the margins are the center of someone’s universe.”

Saymoukda Douangphouxay Vongsay presented excerpts from her forthcoming play, Kung Fu Zombies vs. Shaman Warrior. Her play will explore trauma, healing, and mental health through the lens of speculative theater.

She gave a surreal reading clad in all white, augmented by an evocative animation created by New York-based artist Matty Huynh. Following her reading, she gave a brief question and answer session and gave baci blessings to interested audience members.

Many out-of-town Lao Americans crossed state lines to see the event, including Laos in the House founder Catzie Vilayphonh, and TeAda Productions founder Leilani Chan, who’d been in New York to discuss the next directions in American theater.

Bryan Thao Worra was part of the Nerds of Color Reading Lounge, where he had been commissioned to write an original fan-fic exploring an iconic scene in science fiction or fantasy literature, re-imagining it from an Asian American perspective. His result was the playful “Do Archaeologists Dream of Electric Sheep?” inspired by a mash-up of Indiana Jones and the Temple of Doom with Blade Runner, with hints of James Bond, Tomb Raider and a slew of 80s film references thrown in.

Thao Worra remarked “I’m really grateful to Keith Chow, Betsy Huang and Lawrence-Minh Bùi Davis for inviting to work with them. They were great at every step of the way, providing great feedback and support for everyone.”

Other artist who contributed fan-fic pieces to the exhibit were Margaret Rhee, Mari Naomi, Sueyeun Juliette Lee, Larry Hama and Jamal Igle, Charles Yu, and Vandana Singh, who many might recognize for his Sikh Captain America.

This was Thao Worra’s first visit back to New York in ten years. “It was also Veterans Day when I arrived, so I stopped by Battery Park and the 9/11 memorial to pay my respects.” He managed a quick visit to the famous Poets House. “It was nice to see they had a few copies of my work and that of Souvankham Thammavongsa, and the anthology How Do I Begin? from the Hmong American Writers Circle.”

Thao Worra spoke on Lao American speculative literature and what it’s doing to create a future we can see ourselves in. “Now more than ever, it’s important that we continue to write, to create, to express ourselves.”

During the weekend, he also gave a workshop on writing micro-fan-fiction and poetry to visiting students, demonstrating that not all science fiction had to be huge epics, and many great stories could be told in just a few words. “I was very impressed by their energy and enthusiasm.”

The Pearl River Mart had closed recently in April after 45 years. The Smithsonian Asian Pacific American Center is “a migratory museum.” It brings Asian Pacific American history, art and culture to communities through innovative museum experiences online and throughout the United States. The Culture Labs were made possible by a generous donation by the Ford Foundation.

Vongsay recently thanked the community on Facebook. “This past week was tremendously healing for me, in large thanks to the Smithsonian Asian Pacific American Center for creating a space where I felt included, needed, and supported,” she said, thanking Smithsonian curator Lawrence-Minh Bùi Davis for inviting her and supporting her detailed last-minute requests.

“All of the artists and thinkers brought a lot to the table,” Thao Worra said. “I was particularly interested in the work of those who were addressing new models and approaches to healing and well-being, such as Chad Shomura and Yumi Sakagawa, who took the time to create spaces for us to consider how practices such as meditation and conversation might go in the future.”

“We often think the future means to be more elaborate and ornate. Filled with sprawling skyscrapers and gee-whiz technology. But there’s also possibilities for simpler spaces that incorporate technology, but still center human beings,” he noted. “There was a zen video game garden, for example, which suggested that we can create spaces for reflection and video games that don’t involve mass murder and the destruction of galaxies. It was an ambitious proposal.”

Presenting nearby Thao Worra and the Nerds of Color reading lounge was Genevieve Erin O’Brien, who discussed the complexities of food justice, and what it meant to have control of our options for taste and snacks such as cotton candy. Who would think to offer green tea cotton candy, or cotton candy that tastes like the traditional fruits and sweets of Asia, for example?

There was a lot to process from entire weekend that was at once massive yet intimate, allowing many wonderful moments between strangers and familiar friends to gather and connect. Hopefully it will not be too long before similar culture labs are convened across the rest of the country.