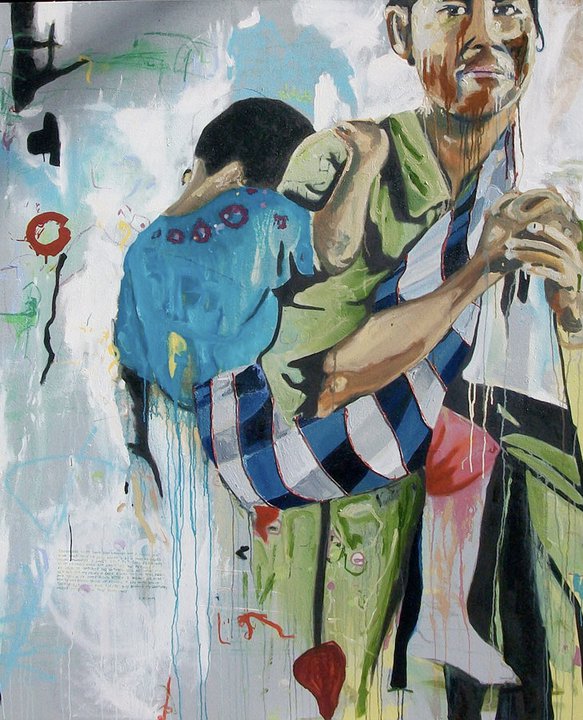 I woke up this morning and caught my father listening to President Obama’s speech for the first time.  As a 27-year-old senior lieutenant of the Royal Lao Army who was trained at Fort Knox in the early 1970s, the scars of that era was traumatic as it was deeply lonely for my family. President Obama’s historic visit to Laos and his remarks in Vientiane is powerfully meaningful to the hundreds of thousands of Laotian diaspora who fled to seek new havens to call home.

I’m echoing what many across the world are feeling this week: it’s a good time to be Laotian American. The momentum of President Obama’s visit to Laos is undeniable. In the over 60 years that the United States has established diplomatic relations with Laos, this is the first time a president is realizing the potential in Laos, as part of a crucial pivot and ‘rebalance’, as they put it, of the Asia Pacific region. While the U.S. is in Vientiane for the ASEAN Summit and other high-level meetings, President Obama continues to jab negotiations with superpower China and make a final push for a Trans-Pacific Partnership deal. He announced a new Comprehensive Partnership with Laos that would address girls education, women’s empowerment, child malnutrition, sustainable development and human rights. An unprecedented commitment to $90M package for UXO clearance in Laos was also welcomed with a loud round of applause. These are monumental wins for US-Laos relations. Aside from progress in policy efforts and renewed relations with Laos, it was the sincere and honest acknowledgement by President Obama on the era of U.S. intervention that violently divided, impoverished and left a painful legacy for millions of people in Laos. It was at this point in his speech that President Obama turned a new chapter for US-Laos relations. What we weren’t taught in U.S. history books is what few Americans know about the Secret War. The international spotlight on Laos is affirming our experiences, forcing the world to remember a forgotten past and an invisible people.

Below are some of the most compelling excerpts from President Obama.

On the Secret War and Vietnam War era:

I realize that having a U.S. president in Laos would have once been unimaginable. Six decades ago, this country fell into civil war. And as the fighting raged next door in Vietnam, your neighbors and foreign powers, including the United States, intervened here. As a result of that conflict and its aftermath, many people fled or were driven from their homes. At the time, the U.S. government did not acknowledge America’s role. It was a secret war, and for years, the American people did not know. Even now, many Americans are not fully aware of this chapter in our history, and it’s important that we remember today.

On the importance of honoring our diaspora journey:

And from the anguish of war, there came an unlikely bond between our two peoples.  Today, the United States is home to many proud Laotian Americans.  Many have made a hard journey through refugee camps and relocation, building new lives in a new country.  And even as they’ve become Americans, they’ve held on to their Lao heritage — worshipping in their temples, honoring their elders, dancing the lamvong.  Even now, they remember a beloved song — that “If we depart from our homeland and flee far away from her, we will always have you as our true friend as long as we live.”  And as a new generation has come of age, more Laotian Americans have made the journey here to their ancestral homeland.  Said one of them who was born in Vientiane, our “heart and home have always been in Laos.”  And this spirit of reconciliation is what brings me here today.

It’s in sharing our stories that we realize the heavy weight we carry, as well as the powerful resilience we’re capable of. As refugee immigrants. As Lao Americans. As human beings. Our journeys matter. For the diaspora in America, to feel supported and recognized for contributions in both home countries is a sense of relief as well as pride– that we are worthy of the dignity and respect of our tireless efforts. This is true for John Douangdara, Channapha Khamvongsa and Stacey Phengvath, the three Lao Americans that President Obama graciously mentioned. I applaud POTUS for trying to fulfill his namesake as a Nobel Peace Laureate. At the same time, the work is cut out for the next U.S. administration. What happens in the upcoming presidential elections will remind us– we can’t simply stand on the sidelines when it comes to our civic responsibility. It requires the pressure to hold both sides transparent and accountable to the people it ultimately impacts. This is truly a start for us to grow together and one that the diaspora and locals of Laos can begin to breathe a sigh of relief as the path to a better shared future opens up.

Read the full transcript here. If you missed the speech, catch it here.