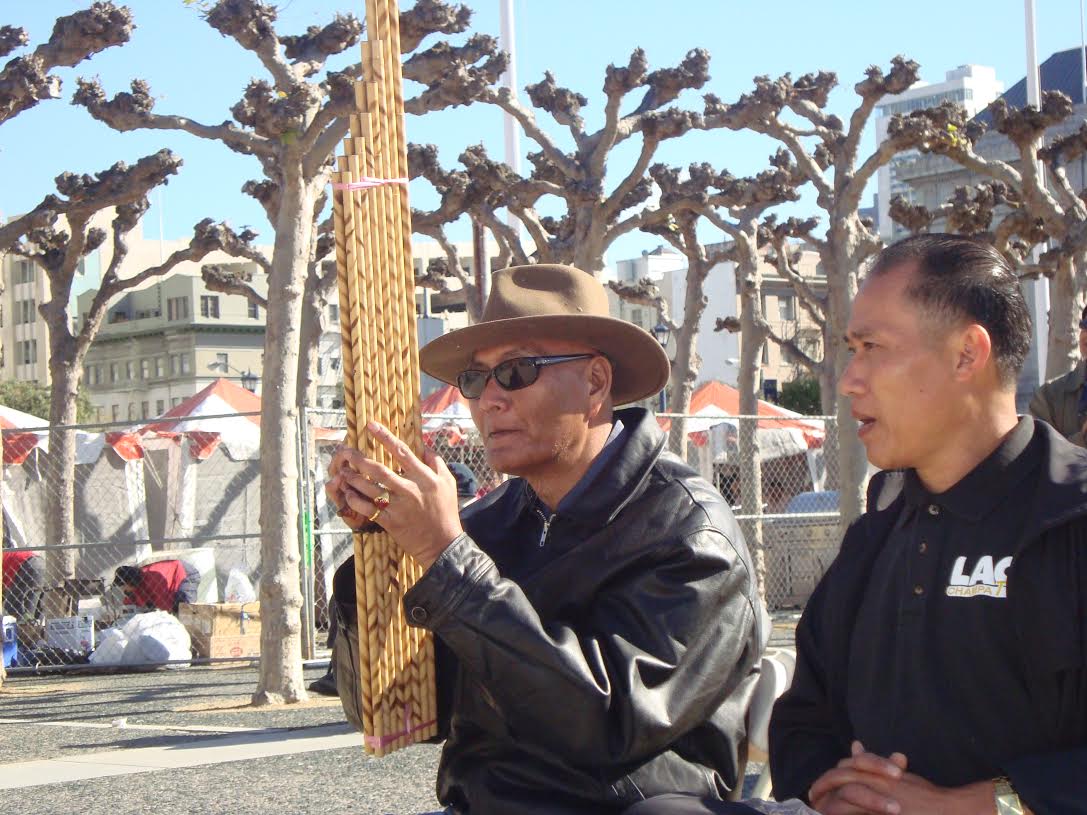 The National Endowment of the Arts recently announced that Bounxeung Synanonh of Fresno, has received a National Heritage Fellowship award from the US government, one of only nine artists in the nation to receive the award this year.  He is being recognized for his mastery of the khaen, a traditional Lao instrument made from 16 lengths of bamboo.

Born in 1949, Ajahn Synanonh began playing the khaen when he was youth in Savannakhet, Laos and performs internationally. Now considered one of the world’s best, Synanonh recorded an album titled “Bamboo Voices” under the World Music Institute label under the direction of Terry Miller, a world-renowned ethnomusicologist. One of his most famous performances was for President Reagan at the White House in 1987 for a cultural event.

He also performed at the Smithsonian Folklife Festival in Washington, DC where more 100,000 festival goers from around the world attended. He performed at the Lao Artists Festival in Elgin, Illinois, the International Lao New Year Festival, and many events organized by the Lao Heritage Foundation. He still performs energetically and teaches his art to the next generation of students.

Ajahn Synanonh is now one of only five Lao in the world to receive this honor in the 34 year history of the awards. He joins master weaver Bounxou Chanthraphone (2000), needleworkers Mone and Vanxay Saenphimmachak (1993) and singer Khamvong Insixiengmai (1991). As NEA Heritage Fellows, they share the company of accomplished artists such as bluesman B.B. King, cowboy poet Wally McRae, Kathak dancer and choreographer Chitresh Das, and Cambodian dancer Peou Khatna, among others in over 200 artistic disciplines.

Ajahn Synanonh lost his sight at the age of 15, and began learning to play the khaen that same year, learning by ear. He came to the United States in the 1980s as part of the Lao diaspora, eventually resettling in Fresno with his family. In his statement for the NEA, he said, “The khaen keeps me connected to my culture. It gives me peace, as well as connects me to the Lao community in the U.S. It gives the Lao community great joy to celebrate our culture in a way that has been done for generations. My art brings people together in ways that transcend their differences because the khaen is a common thread in their lives.”

An NEA Heritage Fellowship is one of the highest recognitions an artist can receive from the United States government.They are presented to artists who embody artistic excellence in order to support their continuing contributions to the traditional arts heritage of the United States. The National Endowment for the Arts was created by an act of the U.S. Congress in 1965 as an independent agency of the federal government. The National Endowment for the Arts is the largest grantmaker to arts organizations in the nation and awards Lifetime Honors in three categories: National Heritage Fellowships to master folk and traditional artists, Jazz Masters Fellowships to jazz musicians and advocates, and Opera Honors to individuals who have made extraordinary contributions to opera in the United States. The National Endowment for the Arts also manages the National Medal of Arts, awarded annually by the President.

To be nominated for an NEA Heritage Fellowship, candidates must have a record of continuing artistic accomplishment and be actively participating in their art form at the time of the nomination. Nominees must be citizens or permanent residents of the United States, and require up to five letters of recommendation, a detailed biography including  a list of major public appearances or exhibitions by the nominee, as well as work samples which are then reviewed by a panel of national experts in the arts. It is a thorough and challenging process.

The NEA will celebrate the 2016 National Heritage Fellows in Washington, DC, at an awards ceremony at the Library of Congress on Wednesday, September 28, 2016 and a free concert on Friday, September 30, 2016 at 8:00 p.m. at George Washington University’s Lisner Auditorium. Both events are free and open to the public, but tickets are first-come, first-serve.