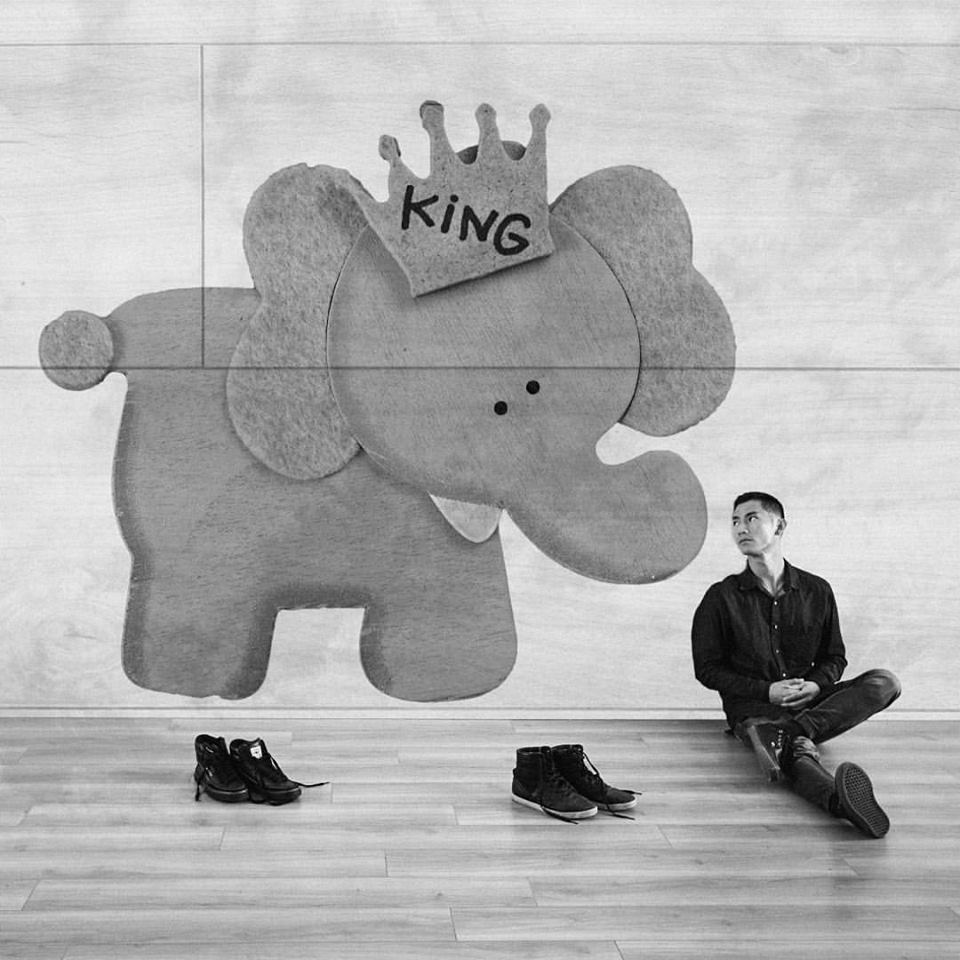 This week, the Science Fiction Poetry Association announced the winners of the 2016 Rhysling Awards for Best Poem of the year. Lao American writer Krysada Panusith Phounsiri was this year’s winner in the Long Form category for his poem “It Begins With A Haunting.” He shares the award with Ann K. Schwader and her poem “Keziah” as the result of a tie vote among the international organization’s membership.

This was the very first year Krysada Panusith Phounsiri had been nominated for the distinction, and his poem first appeared in his debut collection of poetry Dance Among Elephants from Sahtu Press in 2015. Little Laos on the Prairie has featured the poet’s work in the past, in addition to interviewing the San Diego native about his work and inspirations. He recently served as the chair of the highly successful 3rd National Lao American Writers Summit in San Diego, and will be attending the Lao National Convention in Las Vegas this Summer. Krysada Panusith Phounsiri is currently at work on his second book of poetry.

The Science Fiction Poetry Association was founded in 1978 to promote science-fiction poetry around the world. The Science Fiction Poetry Association offers annual awards for speculative poetry, or poems that include elements of science fiction, fantasy, or horror. Krysada Panusith Phounsiri’s poem “It Begins With A Haunting” draws upon his Lao heritage and the aftermaths of the Secret War in Laos, intertwined with the traditional beliefs in ghosts and the supernatural as well as the threat of unexploded ordnance. His book debuted during the 40th anniversary of the Lao diaspora, and has been taught in classrooms in the US.

Winning Rhysling poems are regularly reprinted in the Nebula Awards Anthology from the Science Fiction and Fantasy Writers of America, according to the Science Fiction Poetry Association. They are considered one of the highest awards in the science fiction and fantasy literary field. Krysada Panusith Phounsiri is the first Lao writer to ever receive this award in the 38 years of the Rhysling Awards’ history.

When Panusith Phounsiri graduated with degrees in Physics and Astrophysics, he also graduated with a minor in Creative Writing, concentrating on poetry. His studies have clearly paid off.

The Rhysling Awards will be formally announced at DiversiCon, in St. Paul (Bandana Square Best Western) by SFPA Vice President, Sandra J. Lindow. The convention theme is “Martians, Vulcans, and Women of Valor” with Guest of Honor Jessica Amanda Salmonson, and Special Guest Naomi Kritzer. Lao American artist Nor Sanavongsay is providing the convention art. This year, the DiversiCon convention is also recognizing the extensive artistic contributions of the late OrsonWelles, Leonard Nimoy and Shirley Jackson.