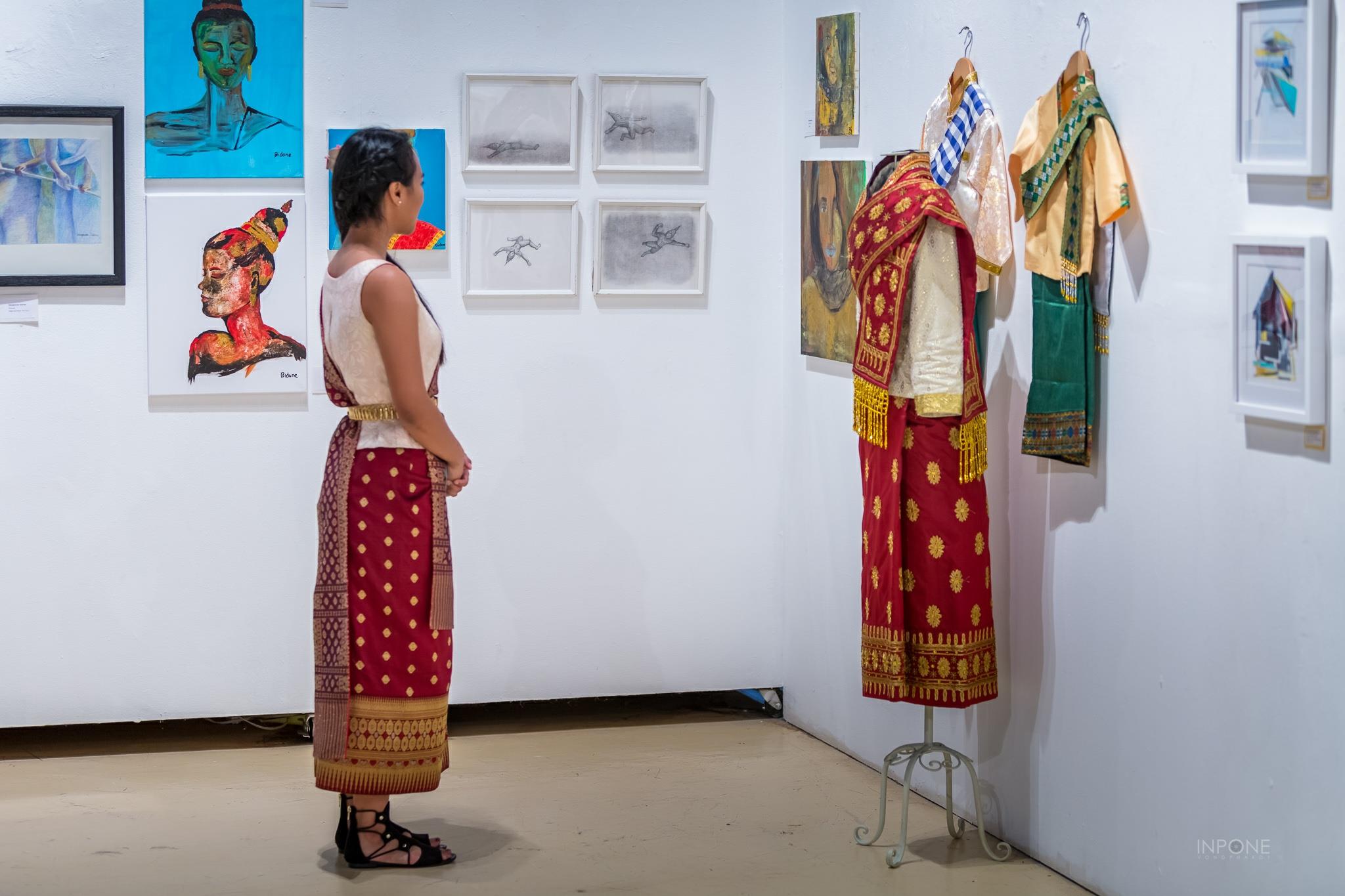 What a weekend. This year’s Lao American Writers Summit (LAWS) was momentous in so many ways. Taking place in San Diego, California from May 27-28, 2016, it was the first time the Summit was held outside of Minnesota, the first Summit to take place in consecutive years, and the largest gathering by far. People came in from all over the U.S. to learn and connect.

Although the event was held over a weekend, the Summit officially kicked off festivities on May 12 with the opening of the official LAWS gallery titled “Intersectionalities,” curated by Catzie Vilayphonh and Sayon Syprasoeuth, featuring artwork from various Lao American artists from across the nation. The gallery and the Summit took place in the beautiful Centro Cultural de La Raza, which was the perfect venue for sharing art, making connections, and telling stories. If I were to break down some key observations from this year’s Summit, they would be:

There is an ongoing need and desire for a space where Lao Americans can connect and express themselves.

I attended the Lao American Writers Summit for the first time last year in Minneapolis. At the time, I was living alone in Fort Worth, Texas and felt the need to connect to something greater. Many of this year’s Summit participants came with the same intentions. Regardless of whether or not folks considered themselves writers/artists/creatives, the national gathering provided a safe and powerful space for folks to express their Lao identity, (which for some people was a first), build a support network, and gain inspiration to keep on grinding, whether it was to create art, finish a book, or just begin exploring the arts. Some words used to describe the Summit this year: amazing, inspiring, and empowering.

The Lao American experience is diverse and complex, and the San Diego Summit represented this.

One of the strengths of the Lao American community is our diversity in backgrounds and experiences. This year’s Summit featured an eclectic group of individuals representing multiple identities: pre-1975 and post-1975 immigrants, mixed race, multi-ethnic, LGBT, adoptees, refugees, American-born, academics, hip hop artists, traditional dancers, young kids, teens, parents, elders, multilingual and monolingual. Many ethnic groups were also present, including Lao, Tai Lue, Tai Dam, Hmong, Mien, and Khmu alongside people from outside the Lao American community. The diversity allowed for a rich sharing of personal stories and also challenged us as to rethink what it means to be Lao American.

Bounheng Inversin, editor and translator of “Mother’s Beloved” was one of many elders that was present at the Summit. Photo credit: Inpone Vongphakdy

This year’s Summit was a practice in inter-generational healing.

From a mother-son duo exploring Lao identity together through workshops and panels, to elders such as Dr. Bounlieng Phommasouvanh and Bounheng Inversin passing on wisdom to younger artists and community builders, to social media personalities encouraging youth to live Lao’d through social media, there was a theme of inter-generational dialogue running throughout this year’s Summit. Vati Lao TV, a Lao TV station based in San Diego, was on site interviewing panelists and participants throughout the Summit, literally and figuratively translating the experiences of many 1.5 and 2nd generation Lao Americans to their Lao-language only audience. (Interviews can be found on their Facebook page). Let’s not forget the spectacular performance showcase, “By the Mekong,” which featured a mix of traditional music and dance, rap performances, spoken word poetry, storytelling, and an astounding performance by 10-year old Colin Xayavong which brought young and old together for a round of lam vong. I admit, there were times when I wondered what the older generation thought about us mixing in our hip hop groove into the traditional lam vong. Whether they not they understood (or approved), many elders were there at the Summit to support, to listen, and to engage with the youth. That’s what mattered the most.

Xai Souphoum from the Lao Heritage Foundation practices the khaen with one of his students. Photo credit: Dennis Sikhanthat

The Summit is a springboard for community-based mentorship.

We saw in the kitchen, when Nana from Cooking with Nana took on many young volunteers as her sous chefs. We saw it during the panels, with questions from aspiring artists. We saw it on the random, unscripted conversations during breaks or after hours. Even now, the connections continue to strengthen thanks to the Internet and social media. This space is cultivating the next generation of Lao American artists and community movers. In the closing remarks, filmmaker Rita Phetmixay gave a call out to all aspiring filmmakers, “I just want to put it out there that I want to be a resource for anyone who is interested in film. I know it may be intimidating at first [to come up and talk], but just come. I’m here to help. And I just want to make sure that we as Lao Americans keep telling our stories.”

A total community effort brought this Summit together, and the community will sustain it as well.

This Summit by far was a complete community effort in so many ways. Much praise goes to Summit Chair Krysada Binly Panusith Phounsiri and local San Diego team leaders Joanne Thomasen and Carol Manisouk for taking on the great challenge of hosting the Summit in San Diego. Thanks to their efforts, the Lao American Writers Summit was officially recognized by Loretta Gonzalez, Assemblywoman of the 80th District of the California Legislature, for an “unwavering commitment to building cultural equity and community empowerment.” The event was also supported by various Lao American organizations such as Sahtu Press who also hosted a crowdfunding campaign earlier this year that raised $10,000 to support Summit activities. Food and drinks, including Beerlao, was donated from local restaurants, homes, and stores, with Nana from Cooking with Nana pitching in to help coordinate. And of course special thanks go to all the people who served as keynote speakers, workshop facilitators, panelists, photographers, and volunteers for the event. Thank you community!

As the community helped put together this year’s Summit, it is the community that will help sustain it as well. On Saturday night, Seattle was announced as the host city for 2017 with Phon Kompradith from the Kinnaly Lao Traditional Music & Dance Troupe accepting the bid. “We feel like there was a need to continue this onto next year, and we are excited to host you all in Seattle.”

Did you attend the 2016 Lao American Writers Summit in San Diego? What are your thoughts, reflections? Sound off below.