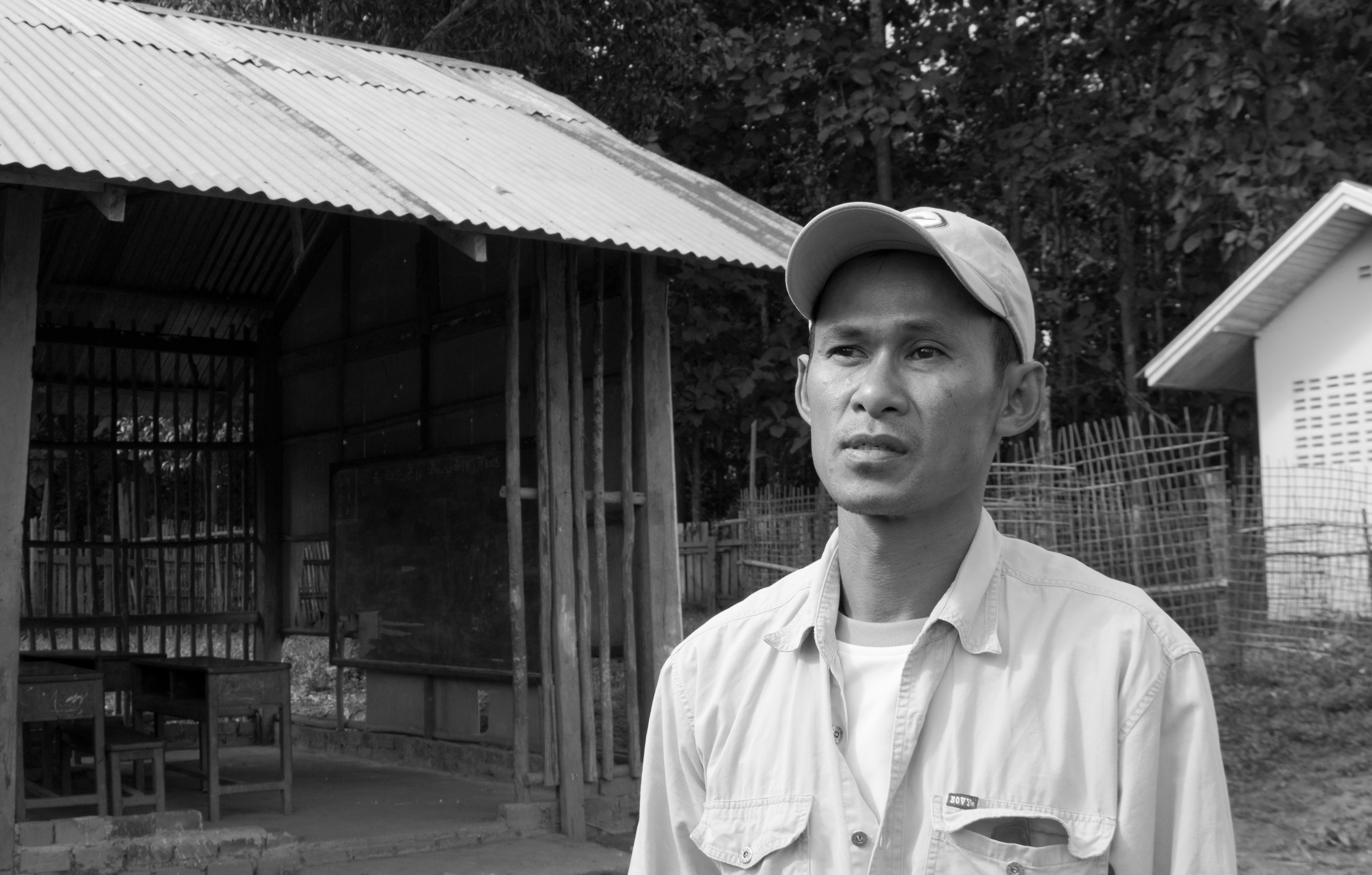 It’s a dizzying drive up the mountains of northern Laos, but almost eight hours later, I arrive to Laos’ sweetheart town of Luang Prabang to see a familiar face. Sitting on the patio of his family’s Villa Patthana, Ounprason Inthachith was decked out in a Green Bay Packers hat for a warm greeting. We visit one of his project sites, chat about his service-learning tourism organization, Volun-Tour Laos, and how living as a Lao American in Laos has been to his Midwest soul.

I was born in Luang Prabang and went to Madison Wisconsin with my mom, two sisters and brother. Mom wanted the American dream for her family, but at that time, she just wanted safety and security. I lived in Portland, Oregon and Seattle, Washington for a number of years before Madison, Wisconsin. 2006 was a mid-life inquiry about finding myself and where my roots are. Lost and misguided, and uncertain in my path, by my second trip to Laos, I was certain that I wanted to make the move.

I was fast and frantic in getting enough money to make the move back to Laos. Laos was developing, things were easy-going and money talked. From having fun to making business moves and then being the center of attention because I was the new fish in the pond, reality had settled in; and I was living in that same lost identity.

I had grandmothers, grandpas, aunts, uncles, cousins, in near and far north of Laos, in all regions of Laos. I had more extended family members then I can remember or knew that I had. Life was so simple. It was about family time. Everyone was there when someone had something going on. You always saw everyone. You can only hope that you remember them as they remember you. Then I met my wife and all the pieces came into place.

Looking at it now, I could not have asked for a better scenario to keep me here in Laos. Living here has changed everything in my life. There is purpose. There is learning. There is faith. There is humanity. Considering where I was and where I am now, moving here was the best decision of my life to get to where I am today. Fate and destiny has a way of moving people around and making good decisions.

Volun-Tour Laos started in 2007 by your mom and sister, Bounyoung and Christine Inthachith.  How did it turn into a family affair?

Volun-Tour Laos (VTL) is a for-profit social business organization. Started in 2012, it’s the umbrella company of the organization, Lao Project Group (LPG), which I initially started in 2008.

The short version is that in my effort to create an organization, LPG was born but never grew from its infancy of becoming a fully recognized NGO, due to the strenuous process of getting the government of Laos to support and authorize such an entity without the backing of some major organization that had a large bank account in Laos. VTL was formed to be the umbrella social business organization to continue LPG’s mission of “reaching into rural Lao communities to help maintain and create sustainable programs”. The following details are proud milestones of what my team and I have been able to accomplish, thanks to our participating generous donors.

So far, our accomplishments have included:

Some of the projects we’ve done:

What drew you to development work in Laos?

Development wasn’t just about a community changing, but the people of that community getting an opportunity to build upon it and making the changes themselves. Getting them involved gave them ownership and when you get people to do that, it’s development and that’s a major accomplishment. I remember visiting a village when we were doing our survey and seeing a group of village kids going down the creek to fetch water. A creek that had cows and buffalos bathing in it. After we finished the water project for that village, I returned to that same creek and saw no one but just the buffaloes and the cows, because all the kids were up at the school.

What do you miss most about Madison, Wisconsin?

The changing four seasons. Family and friends, the bars, the shops– all that made me comfortable in the over 25 years that I lived there. Madison will always be a home and one of my favorite places.