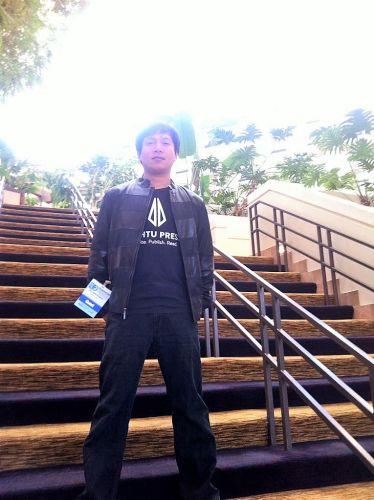 “With great power comes great responsibility,” we’re told time and again in the stories of that classic superhero, Spider Man. When Nor Sanavongsay was growing up in Elgin, Illinois, he has memories of both American superheroes and the Lao folktales his father and relatives took time to tell him.

“Growing up, I always wished there were Lao superheroes or even more Asian superheroes, for that matter. I’ve grown tired of waiting and decided why not create my own and hopefully future generations can enjoy them,” Nor said.

This weekend he’ll be discussing this problem at ZAPPCON with other fans and creators passionate about superheroes, where he’ll share his ideas and get some input and new perspectives on where we can go next.

In the America of the 1980s, it was a deeply influential decade on comics, and Nor and other Lao Americans had a very good seat to see what was possible. It was a time when independent comics were starting to gain ground, creating characters like the Teenage Mutant Ninja Turtles. Many classics of comic book history came out then, including The Watchmen, The Dark Knight Returns, Crisis on Infinite Earth, and some of the best tales of the X-Men and Thor. You had the start of really good movies based on superheros appearing on screen such as Superman and Batman. It was also a time the US was just getting introduced to manga and anime such as the groundbreaking Akira and Ghost in the Shell.

Nor often talks about the impact his uncle had on him, encouraging him to practice his artistic skills, and in his house today, you can still find examples of stories Nor wrote and illustrated with his brother as kids. They’re rough, but you can see the emerging talent and imagination clearly shining through.

“My father told these incredible stories to me from Laos, and I remember laughing so hard as a kid. I always knew I wanted to share those stories with my children someday, and the rest of the Lao community,” Nor said. He made a promise to himself that came true when he finally finished “A Sticky Mess,” in 2013 retelling an early story of the classic Lao trickster Xieng Mieng, with plans to tell further stories in the near future.

“Every generation has a responsibility, it makes a choice about what it passes on the next generation,” Nor explained. “Will we be a community that passes on the same stories of our elders like Xieng Mieng, Manola and Sithong, or Sinxay? Will we tell more phi stories, or will we add original new characters to our tradition? Maybe we will update stories like Keo Na Ma. But I’d hate to see us completely reject the Lao stories of our past and our traditions and only embrace stories from America and Europe. I think there’s room in our lives for stories from around the world.”

This month, Nor has been actively participating in Inktober, where artists all over the world take on the InkTober drawing challenge to finish one ink drawing a day the entire month. InkTober began in 2009 as a challenge to improve artists inking skills and to develop positive drawing habits. He’s been sharing his results so far on his tumblr, http://artofnor.tumblr.com and other social media.

A recurring theme in his sketches this year has been ideas for Lao superheroes, challenging our ideas of what they could look like, in all forms, shapes and sizes. They have a variety of powers, and different ideas of what it means to be a hero. Some work as a team, others prefer to be very independent. “But whenever you have a hero, you have to ask, what would they inspire others to do? Can they demonstrate courage and a good example so that the people they help will also do the right thing when the time comes?”

Nor also wanted to challenge what our community idealizes in our heroes. Do we want heroes and heroines who use their strength or their brains? Do we want characters who are good at building things, or who are determined to succeed no matter what? “I think there are a lot of incredible possibilities and stories to tell, and we should be open to that diversity. An idea that everyone can help, if they want to make a better world.”

“There have been a lot of times where I’ve gotten pushback. People who will tell you that no one is interested in Lao culture or our ideas of what a superhero should be. But you’ll have those kinds of voices in any community. And the most important thing is for you to keep on doing what you’re doing and to follow your dreams,” Nor reflected.

And it seems to be paying off. In recent years Nor has seen more of his work successfully published in magazines, and is being warmly welcomed to present at comic book and science fiction conventions. “It’s really an amazing feeling to be able to give back to the art forms that inspired you, and to meet many of the creators who influenced my work.”

“A hundred years from now, it’s hard to say where we’ll be as a people. But I hope we’ll be able to look back and say, Lao were never afraid to be who they really were, and we happily shared our dreams with everyone.”