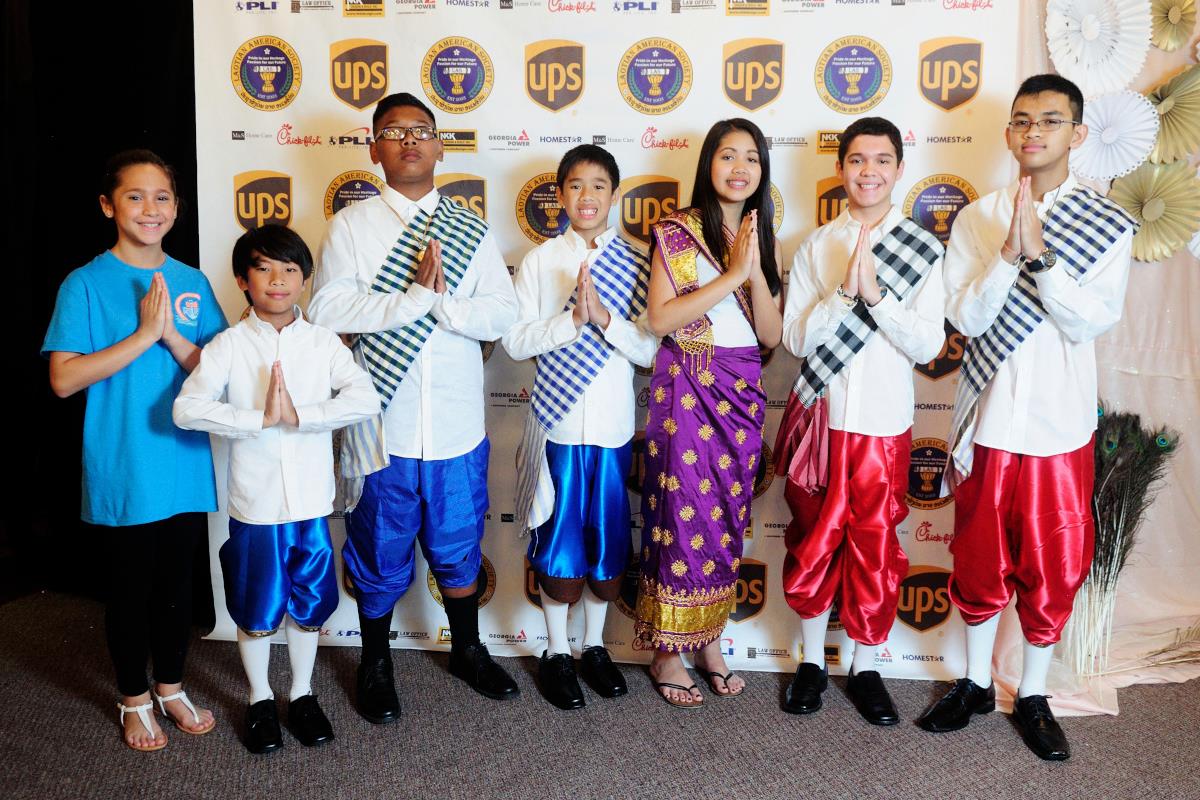 On July 18, 2015, the Laotian American Society (LAS) hosted their 10th Annual Gala at the Premier Event Hall in Duluth, Georgia. The night featured authentic Lao cuisine, cultural performances, and live music and dancing. Judge Alvin Wong, the first Asian Pacific American to be elected judge in the Southeast United States, gave a moving keynote to the 400+ guests in attendance. Phone Phoummithone, a recognized Lao American singer, also flew in from Virginia to provide entertainment for the night.

According to Amy Chomthakham, the current president of LAS, funds raised from the event will go directly to support current programs and scholarships. The programs range from Lao language and dance classes for the youth, and ESL and citizenship classes for the elders. Scholarships are awarded to students from kindergarten through college. Ultimately, all of the programs aim to empower the local Lao community.

“It’s not about the money, really,” explains Chomthakham. “It’s about nam jai (showing kindness and generosity). It’s about seeing the kids smile and giving them the inspiration that they can do anything and be anyone they want to be.”

In addition to Lao community members from all over Georgia, representatives from Jai Lao Foundation, the Laotian American National Alliance, and a number of corporate sponsors including UPS, Wal-Mart, and Georgia Power were also there to support the budding organization. The depth and breadth of LAS supporters can be credited to the organization’s leadership, who work tirelessly both inside and outside the Lao community.

In fact, the night before the gala, three Lao American women, Amy Chomthakham (current LAS president), Noy Lounnarath-Bozarth (past LAS president 2011-2015), and Kim Liemkeo, were honored by Georgia Asian Times as part of the 25 Most Influential Asian Americans in Georgia. The three were selected out of a pool of about 180 nominations for their contributions to the greater Georgia community. A complete list of honorees can be found here.

(From L to R) Amy Chomthakham, Noy Lounnarath-Bozarth, and Kim Liemkeo were honored as a part of the “25 Most Influential Asian Americans in Georgia” at an awards presentation on July 17, 2015. (Photo courtesy of Georgia Asian Times, 2015).

Chomthamkham believes this is a watershed moment for the Lao community in Georgia. “For us three to win in the same year while celebrating LAS’s 10th year anniversary speaks volumes as far as Lao people are concerned.”

Chomthakham hopes to use this momentum to continue to grow the Laotian American Society by applying for federal funding, hiring paid staff, and most importantly securing a bigger and better location for their community center.

When asked about what other community organizations can learn from LAS, Chomthakham focuses on working together. “We are not as big as other Asian American communities, but anything is possible if we can really support each other. Commit some time to get to know [each other] and help [each other]… LAS puts our heart and soul into our community, and we just want you to join us in lifting our community together.”

To learn more about the Laotian American Society, visit their website (http://www.lasga.org/) or check out their Facebook page (https://www.facebook.com/lasga.org).