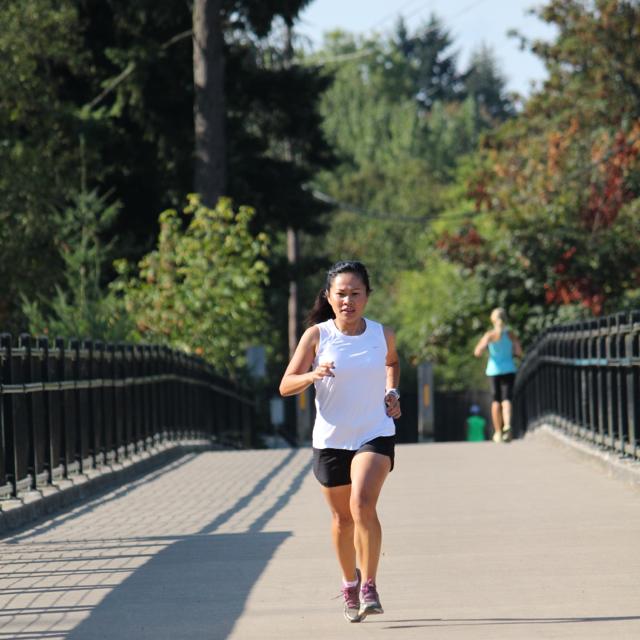 This week’s featured Lao diaspora is Phoutsavanh Nang (Nonntharath) Dunn, better known as “Nang”. She is an Ultra Marathon Runner, the Founder of VillageRun Foundation, a community cooking instructor and her most proud title, Mom; of three children.

Nang was born in a re-education camp in Attapeu, Laos; where she grew up in for 12 years. Her family of 13 fled Laos in 1986, after being released from the camp. Nang’s family finally resettled in Oakland, California in 1988.

In 2011, Nang and a small group of her running friends formed VillageRun Foundation to promote health and fitness through running events. Funds raised are used to help build awareness and educational programs in Laos.

Nang’s article “Returning Home After 20 Years” was published in the Discovery Laos magazine in 2009.

Currently, Nang is working on her memoir entitled Running Home which is expected to be released this Fall. Nang also teaches Lao and Southeast Asian cooking classes to youth and adult programs through the Multnomah Public Library system in Oregon. When she’s not teaching, cooking or writing, you can find Nang in the back-country of the Oregon Trail.

Know a Lao diaspora in your community doing great work? For consideration, email us a piece under 700 words on why they are a trailblazer, along with a hi-res photo to editor@littlelaos.org.