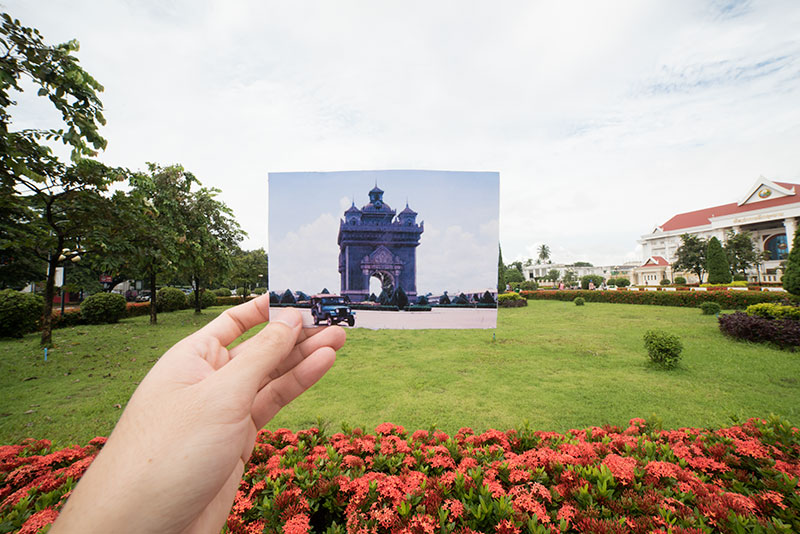 The world is slowly taking notice of a growing group of young Lao artists, designers, filmmakers, and photographers in Vientiane capital. And so should we.

At the age of 12 in Luang Prabang, Thanavorakit Kounthawatphinyo already knew he was in love with art. But he didn’t know what to do with a couple of rolls of Kodak film and a nice camera at the time. After losing those rolls of film to light exposure, he paused his passion. It wasn’t until he was almost done with high school that the Lao education system forced him to rethink the typical path most youth were supposed to take. Go to a good school. Get a good job. Live a good and successful life.

“When I was free from formal schooling, I spent most of my time on the Internet, messing around and looking things up. That’s how I learned a lot of things school didn’t teach me.” Born and raised in a middle-class Vientiane family, Thanavorakit moved back home to pursue his love of photography. After a few conversations about the lack of high quality music videos and the support of his mom,  he bought some high-end camera gear with a batch of money and started shooting freely.

Thanks to his creative eye, Thanavorakit started a “Laos Past vs. Present” photo comparison project of landmarks in Vientiane that caught the attention of many followers on Facebook. The project was inspired by a similar project he came across online. “I actually ripped most of the photos I scanned and used minimal Photoshop.  I was having issues with focal length of the lens used, because it’s a challenge to figure out the perspective of the past photos. It could’ve been 50mm or 35mm. I had to match the lens. It was a one-man show.” As he finds more old photos of Laos’ landmarks, he continues to work as a Laos consultant for Google. “No one pays me for my art, but I feel like Laos is a playground, where you could endlessly practice what you love to do. For me, art is like a way to tell people the story. It doesn’t matter what medium it’s gonna be, but it has to be able to carry the messages you want to let people know. It could be some still photos or a short film. I usually just choose what fits.” Check out the work-in-progress photo set below and our brief interview with Thanavorakit, on his craft and what’s next for him.

The view towards Patuxai

From the greener side of Patuxai

The rise of That Luang

That Luang under construction

I’m a self-taught webmaster, filmmaker, photographer and an entrepreneur based in Vientiane, Laos. I’m currently working as a country engineering consultant for Google.

How did you get started with the project? What drew you to it?

A year ago my friend forwarded me a post on Facebook about past vs. present. I thought it was a good visual comparison and we should definitely have some for Laos.

Where did you get the old photos from? Explain the process for how you took the photographs to use for comparison.

Before I made these photos I was also collecting old photos of Laos in the past from here and there. The collections were quite big. Most of them were discovered through Google Image Search.

What do you hope people will take away from these photographs?

As always, I hope Lao photographers will start shooting something different, something that doesn’t need to be an entirely new idea but it should reflect our country.

Will you be doing more sets in the future?

Of course. The new set will be extensive and more accurate. However, I have not set the time frame for the new project but I hope it can be done by the end of this year.

Do you think most local Lao understand the history and development that’s been happening in Vientiane?

It could be or at least used to be that way. Until recently most people were flooded with so many hi-tech gadgets so they don’t pay much attention to that sort of topic anymore. That’s why we, as artists, need to start some projects that reflect those changes.

What’s next for you? If you could work on a dream project, what would it be?

There are so many interesting things to work on like light painting, time-lapse and so on. My dream project would be to finish a feature film that I’ve been developing the script for awhile now.

Where can we learn more about your work?

Got some past photos of landmarks in Laos that you want to see for modern comparison? Tell us about it in the comments or shoot us an email.