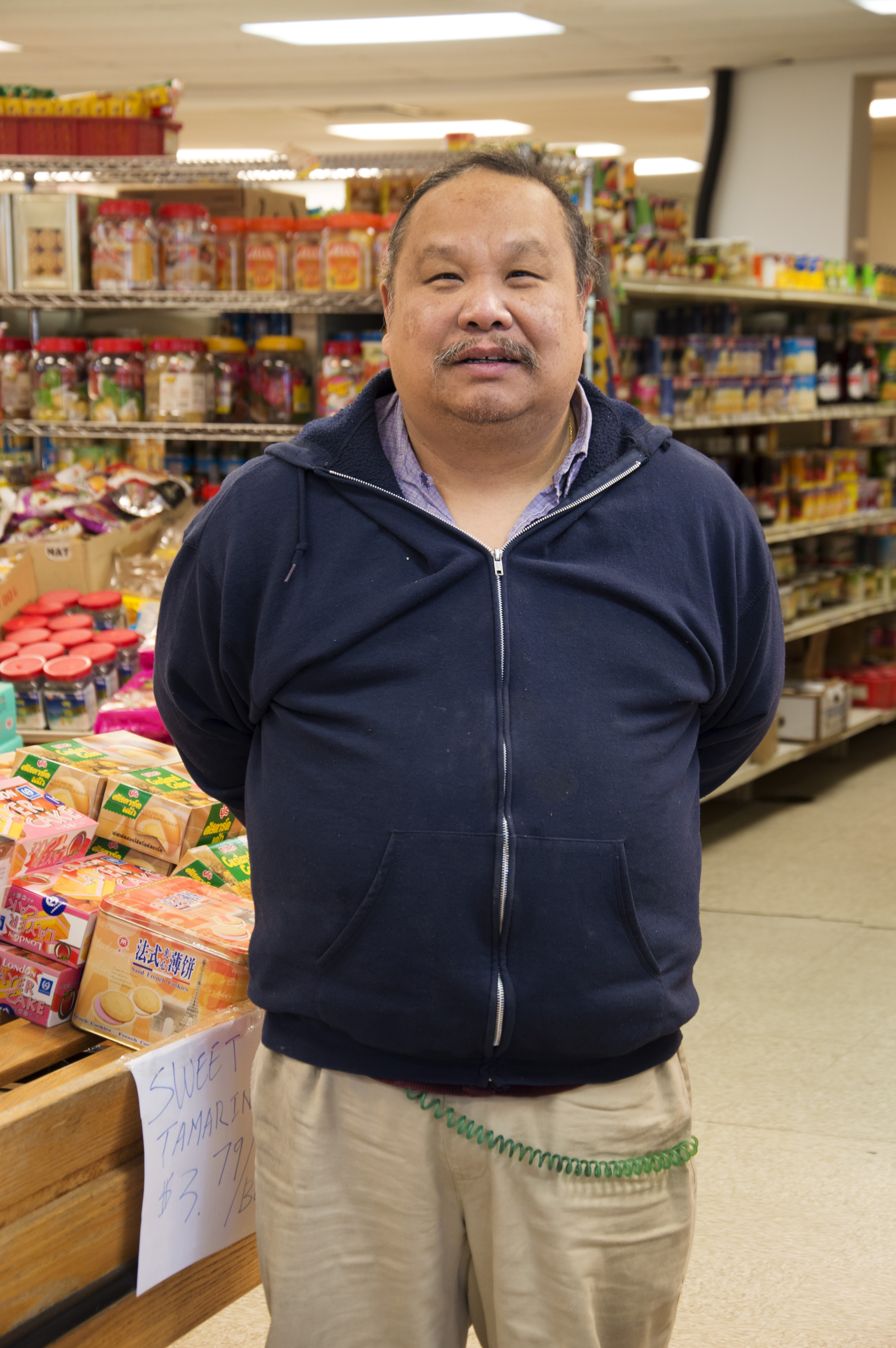 If you grew up with the Lao community in the heart of Minneapolis, the cozy and heavily stocked aisles of New Orient Market was a familiar scene. During the beginning of the resettlement period, many Lao Minnesotans would file in to get their hard-to-find Southeast Asian goods from the store, which also became a common gathering hot spot along Eat Street (Nicollet Ave). The market opened as the first Lao-owned grocery store in Minnesota back in 1982, by  Xay Ratsamy’s late father. Since then, it’s been a family affair, but Xay is yearning to return to the simple life of his countryside roots in Southern Laos.

Among the giant sacks of rice, which became temporary arm chairs for our conversation, Xay looked back on his childhood in Laos and the first few years of resettling in the Midwest.

How did you get to Minnesota? Tell me about your family’s journey from Laos.

My family wanted to escape because we were scared and it was such an uncertain time. We came to America in 1980. I was 13 years old. Before Minnesota, we lived in Altoona, Iowa for the first six months. I kicked ball in the cornfields as a teen because there was nothing else to do. It reminded me a lot like my village, because I’m a country boy.

What’s your family’s heritage and history?

I’m from a middle class family that sold lumber. There are three of us. My older brother runs a grocer store in Saint Paul and my sister is a nurse. My parents’ ethnic background is Chinese. My dad’s given name is Liao, but he changed our family name to Ratsamy when we arrived to America. He chose that name for our family after a well-respected Lao community leader in Keng Kok, Savannakhet, Laos. I am Chinese but I consider myself Chinese Lao, because I was born and raised in Laos. All my friends are Lao.

How was it growing up in America as a teenager?

I started in the farmlands. The first few years I did fishing and played basketball. It was fun. Then I went to college and received my Bachelor’s in Business from University of Minnesota. In 1982, my father opened the grocery store and it’s been a family affair.

What is your biggest challenge so far?

Running the family business. It was for dad. He had connections in California that helped him get started, but he couldn’t speak English.

The family business was already my future. I actually applied to Hamline University Law School, because I wanted to run for political office in Laos. Then my mom died in 1995 and my dad also died in 1999.

The American Dream to me is to work hard. I’m already living that dream.

Where do you see yourself in the future?

I loved my town in Savannakhet, Laos. I’m ‘ban nork’, so I want to own a chicken farm and just raise my chickens.

What are your reflections from the last 40 years of the Lao community?

We still stay together as a community and respect each other.

Xay Ratsamy behind his desk