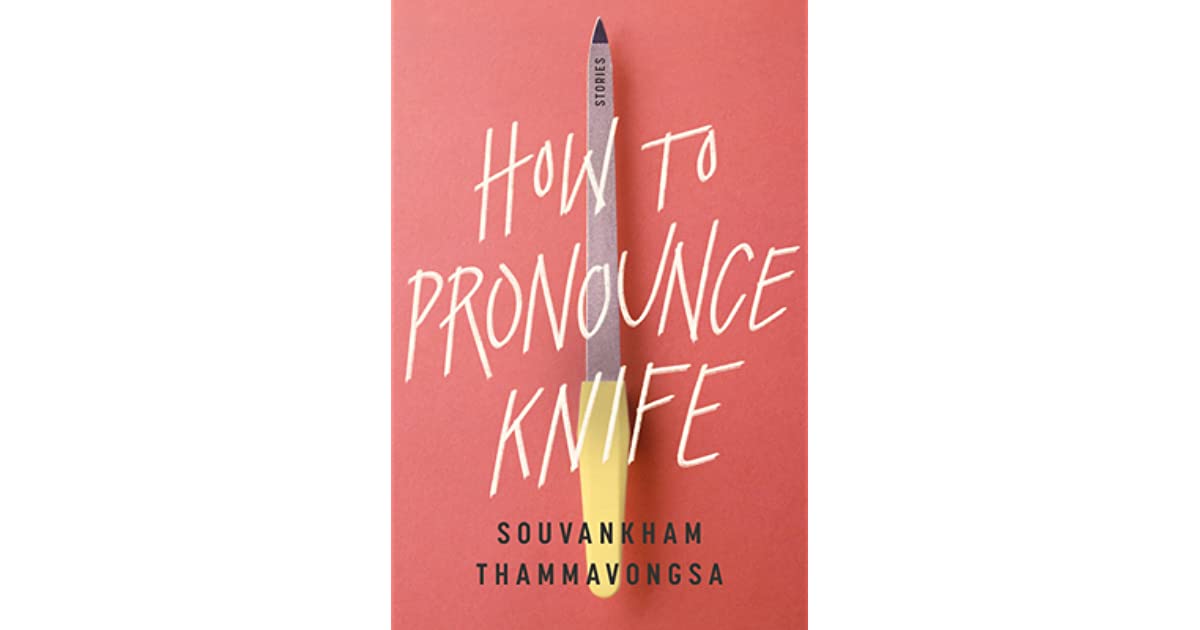 This isn’t for you

This is for the lady in the back
The kid that’s late to class
The dad that’s invisible, dreams cast aside
The lost-ambition Grandma, no-purpose Aunty
And it’s all for you too.

Written through the eyes of a child (more than once), a grown woman longing for her grown child, a 20-something single factory worker, a woman in her 70s, a husband completely in denial of his wife’s escapades, a teen daughter of a farmworker, each character in Souvankham Thammavongsa’s new title, How to Pronounce Knife is a glimpse into the lives of a Lao refugee or immigrant, literally and figuratively trying to make it in the world. They are in the midst, often of an identity juncture, trying fit in. They are living the mundane, the everyday. But inside their minds, and their hearts, they are trying to find meaning, to figure a place in their world.

What it does differently than other works of art centered on the refugee and Lao refugee character is that Souvankham writes intensely for her character more than the reader.

Their pain, the confusion, the lust, the love, love splintered, the curiosity, the angst, the joy, the frustration .. slowly smolders, cuts of sarcastic realism, seeps of sadness and loss.

Each of her character stories are a full tribute to their lives, all set within the time capsules of the early and mid 1980s.

What spoke to me most, as a child of the ‘80s, was the curt, raw, profanity laden slang-like language of the characters when spoken aloud. Especially the farmworker mom, who was deft at digging for worms in the night, but got passed over for a promotion by a boy who happens to be dating her daughter. The English translations can be too straight forward, because Lao insults are probably more nuanced (though just as gauging and vibrant). It reminded me of phrases and spoken word I would hear growing up, constantly.

Her prose is fitting for surviving in the pandemic.

The daughter whose Randy Travis-idolizing mother walked out, cloaked in shadows of mental illness.

The husband who couldn’t face the truth of a wife gone astray with a lover / “friend” who takes photos too intimate, when they travel to places distant, without him.

The factory worker that was left with tears hung on to by a jilted wife of a coworker. What is it that so pains her?

The older woman who has fallen for her much younger neighbor.

The teen girl who chooses allegiance to her mother over a boy.

These scenes, I imagine all during the 80s, during a time when my own family first set up homestead in Anchorage.

Reading them now with their honesty, grit and rawness evoked gratitude. Here in Souvankham’s world, we are whole. We are “incredibly hilarious, fun, and ferocious,” as Souvankham says in an interview about being awarded the 2020 Scotiabank Giller Prize a few weeks ago.

Yet, there is a timelessness that transcends Souvankham’s characters.

I think of all the farm workers keeping our grocery stores stocked with greens.

The young nurses who too, long to be held by loved ones.

The bus driver doing extra shifts to cover for colleagues who have come down with COVID.

The work-from-home parent or shiftworker whose life is a repeat, terrorized by the everyday.

What drove me to read this in two sittings was the yearning for the normalcy that each character is privileged to have, since I currently live in a world today where every journey outside is balanced as a life or death choice (though always masked).

It’s a quick read, and some stories are but a few pages. Yet you are left curious, how each character made it off in life after. I wouldn’t read it for a book club with my mother or aunties, or even neighbors I didn’t know. Perhaps in a book club with one or two close friends who know me and can sense the need for books to heal, or to escape.

Souvankham’s greatest feat here, is making each story an offering—honoring their character for which it was written about, and for, while making them universal enough to conjure up empathy and resonance. The inhumaneness of war, separation, dreams broken, written into the blueprint of 2020. For a few short hours, her characters reminded me so deeply, that to feel, is to be human.