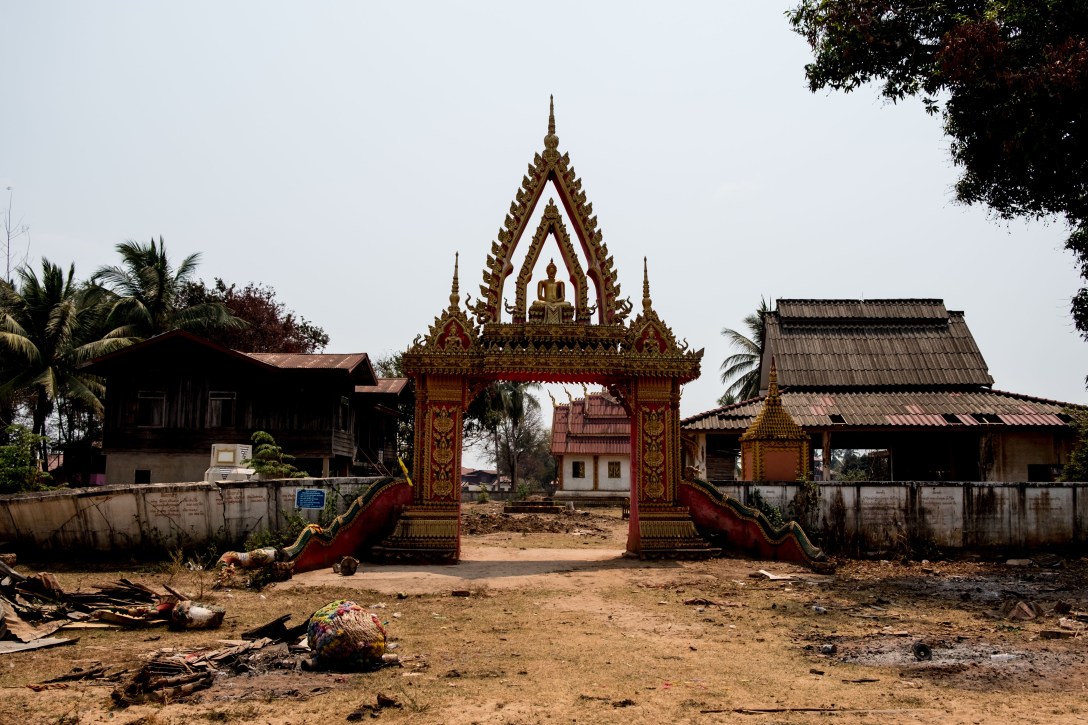 The remains of Mai village after the dam collapse in Attapeu. © Bassam Khawaja 2019.

Laos’ economic and poverty alleviation approach is counterproductive to its impoverished population’s health and puts their rights at risk, according to a scathing preliminary report by United Nations Special Rapporteur Philip Alston, which was recorded live for the first time.

Alston delivered the report at the UN House in Vientiane Thursday after investigating the human rights of people in poverty in Lao People’s Democratic Republic.

The report includes the status of rural children, women and ethnic minorities, environmental issues and climate change, the role of foreign investment and infrastructure projects, access to social support, education and healthcare, and more.

Alston acknowledged the government’s progress in reducing poverty, such as lowering the number of those living below the poverty line in half, but said its methods to grow the economy have “destroyed livelihoods, entrenched vulnerability, and actually made some people poorer by taking away their access to lands, livelihoods, and resources.”

Almost 1/4 of the population lives in poverty and an estimated 80 percent lives at risk of poverty, according to the report.

The UN expert said the country has allocated a large amount of focus to infrastructure projects, resource extraction and foreign investment, which has not created enough jobs for its people, created large debt and “disproportionately benefited” the wealthy.

He cited survivors of the Attapeu dam collapse as an example of those who have fallen through the cracks as they still live in temporary camps, struggling to get by.

However, Alston said he saw opportunities to improve the situation after meeting individuals working to support their communities and government officials dedicated to finding solutions.

“If the Government can be encouraged to adopt policies of transparency, meaningful participation, and genuine public dialogue, a huge amount could be accomplished in terms of promoting sustainable development and alleviating poverty,” he said.

“Mostly the reports are quite tame. This is the first hard-hitting one. This is not the final report. This is only Philip Alston’s field report to the government of Laos. He will have to submit his final report to the UN Council. He said the final report will try to stress actions, which should be taken to address poverty issues and human rights he identified in this report. The final report to the UN Council will, however, be reference points every time the government gives its reports on all the Conventions it has signed and ratified. Countries which are open and serious often use the points raised to re-adjust or fine tune their policies and strategies,programs, etc. But here, it’s different and difficult to say. They can ignore it, but hopefully the development partners, including the UN Agencies based here will have to address some of the issues raised, especially when this report also pointed out their lack of guts to confront the government to address marginalized groups, or those groups affected by land concessions, dams, mining and other infrastructure projects. We will have to wait and see.” – Anonymous Development Professional in Vientiane

A final report will be presented to the Human Rights Council in Geneva, Switzerland, in June.