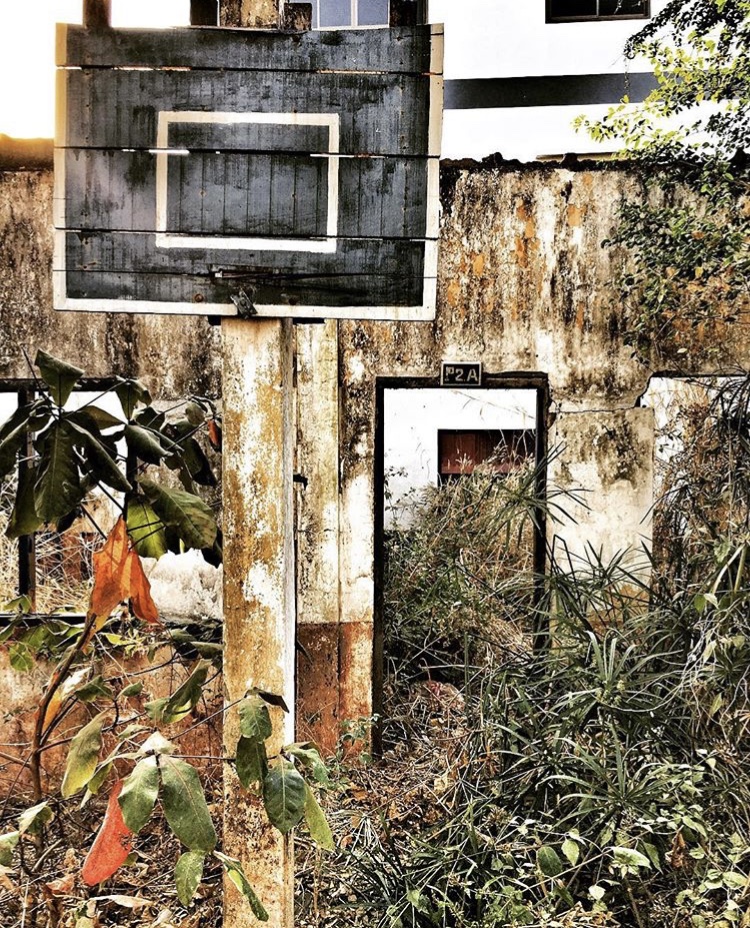 Although Vientiane aspires to be the shining capital of the Lao polity, in the race to develop and give the main thoroughfares a shiny façade, there are plenty of hidden places that stand as silent reminders of days gone past, as they await their turn to shine again.

During the Lao Civil War (1959-1975), missionaries came into Laos to offer assistance to the war ravaged population. Churches were built, such as this one in 1973 in Thongkhankham Village, which is a prominently Sino-Vietnamese commercial district. It was only used as a church for two years until the revolution and being “gifted” to the new government as the missionaries fled. Now it stands as the Office of Justice for Chanthabouly District.

Only a few steps away stands a building abandoned a bit later. This was the small Trường Tiểu Học Nguyễn Du II School, teaching the children of prominent Sino-Vietnamese traders in both Lao and Vietnamese. Sometime in the early part of this century, when better private education options became available, this school was gradually abandoned and left to nature.

Close to Vientiane’s Black Stupa, is another relic from another era, the Ekalath Metropole Hotel. Built during the wartime boom as the Imperial Palace Hotel, the structure had to drop its problematic name after the revolution. It even held the ticketing office of Soviet airline Aeroflot in the 1970s and 80s until they gave up flying to Laos. This picture shows the hotel’s name in stone set into the concrete steps, gradually covered by rising layers of sidewalk.

Slowly the hotel declined into a place of ill repute supported by a disco on the ground floor. The disco has long closed and the hotel has just been shuttered with sheet metal fencing, on to be reborn again into something new.