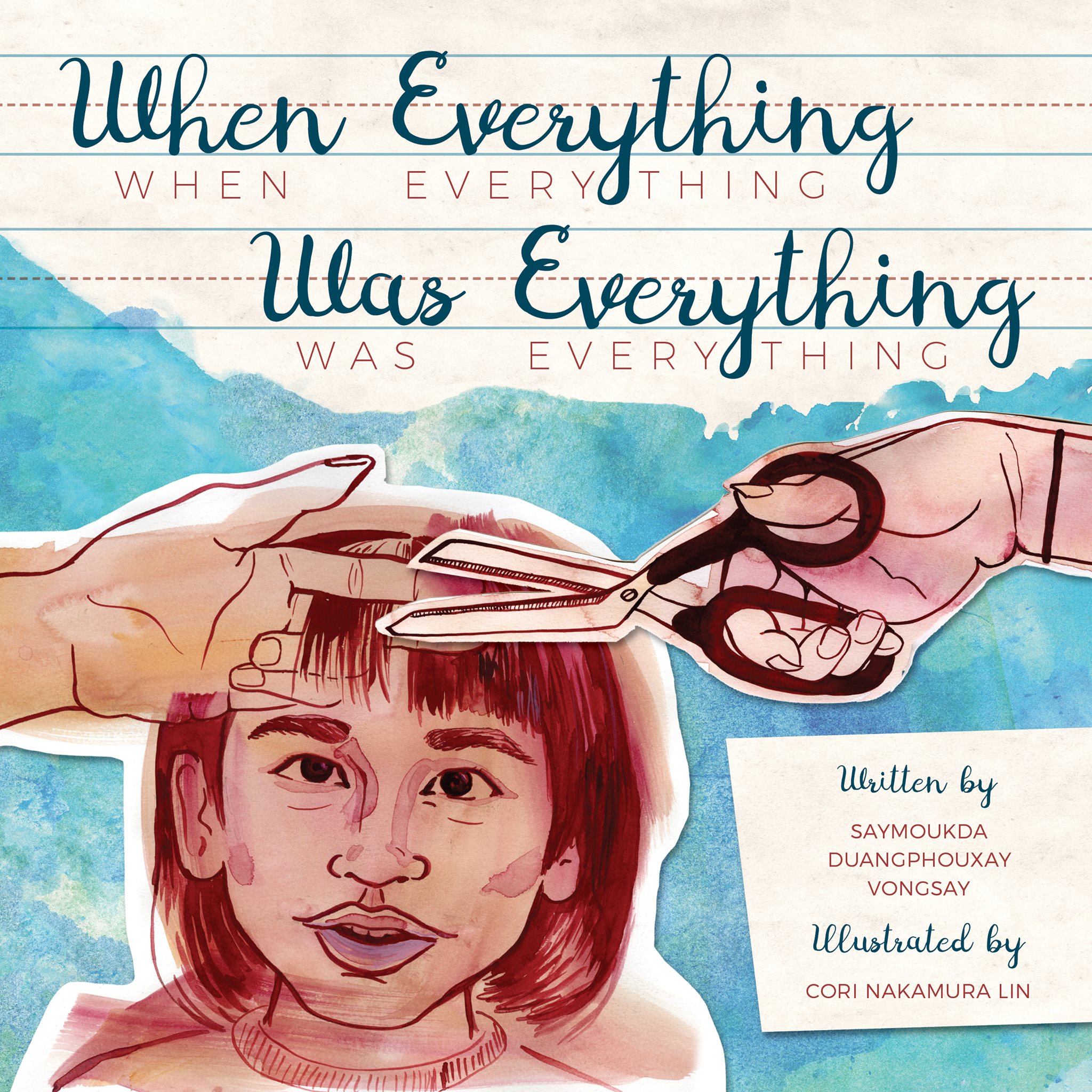 When writer Saymoukda Vongsay first wrote “When Everything Was Everything,” a poem depicting the Lao refugee experience, she didn’t expect it to transform into what it is today.

In her first children’s book of the same name, Vongsay reveals glimpses into her childhood as a young Lao girl navigating America with her displaced family. Touching on universal and present topics like refugee experiences, class, and family,  the story connects with children and adults of all ages. Although the book was just released this past month, its inception spans even farther.

Vongsay said she wrote “When Everything Was Everything” around seven years ago at a writers workshop for women of color as a last-ditch “hurrah” before quitting her writing career. One prompt asked the group to think of a time in their lives that involved a lot of movement or migration and Vongsay said she thought back to her early years.

“I just created this list of all the times I felt my family moved or migrated,” she said. “I was also looking up movement in other ways too, just thinking of how I shifted in my thinking or how I grew as a person.”

On a whim and after some urging from friends, Vongsay submitted the poem to a literary journal and got it published. It went on to win the Alfred C. Cary Prize in spoken word poetry, printed on train posters throughout St. Paul, Minnesota, and even analyzed in high school and college classrooms. As the poem gained even more traction, people began to regularly request WEWE during Vongsay’s poetry readings.

“Every time I read it, it was super emotional because it was a super personal poem,” Vongsay said. “It was vulnerable just thinking about why our past would make us feel embarrassed, which was already a bit hurtful. I kept reading the poem in different spaces because I wanted people to understand that this is what my family went through and it might not be any different from your family.”

How amazing would it have been if I had seen a book written by a Lao person about a Lao family?

A colleague, who is also a publisher, saw potential in the story and asked Vongsay to consider turning the poem into an illustrated children’s book. Unsure at first, Vongsay’s doubts were calmed after discussing each other’s visions and seeing how much the poem meant to him. Together, they found illustrator Cori Nakamura Lin, who also considers WEWE her debut book.

For Vongsay, the process came about naturally as she realized the importance of what the book could mean for future generations. She said it was important to make clear that the family in the story is ethnically Lao, as those stories often aren’t told in mainstream American culture.

“I  remember growing up and never really seeing books about Lao girls on the bookshelves,” Vongsay said. “I kept that in the back of my mind during this entire process, just thinking, ‘Wow, how amazing would it have been if I had seen a book written by a Lao person about a Lao family?’ That would’ve changed, I think, the way I saw myself and my family.”

Vongsay said she hopes that by telling her story, it will inspire others to tell and publish their own. She said it is important for children to see themselves reflected in the books they read as those narratives affect how they view the world.

“We need more books about our experiences and about our stories,” Vongsay said, “or just books written by us, whatever stories we want to tell.”

Being a mother of a now 1-year-old son, Vongsay said the experience has given her a newfound appreciation for everything her parents did to raise her and her brother, using their strength to navigate a new world. While friends bemoaned the fact Vongsay had to translate for her parents in conferences or offices, she defended them, saying those situations helped her build skills and find ways to be empowered.

“A lot of those memories were actually very pleasant,” Vongsay said. “Even helping my parents work in the cucumber field, that was fun. They made it a family tradition.”

I want people to see that new Americans do work hard and that … we’re just like any other family.

“This book is not only a declaration of love of refugees and families who are like us and have experienced similar things, but it’s also a love note to my son, too,” Vongsay continued. “I want him to be able to see and understand that this is how his mom, his uncle and his grandparents lived before he came into this world and it should be celebrated.”

Although the path of a refugee often involves becoming accustomed to a new culture, overcoming language barriers, working thankless jobs and more, Vongsay emphasized that Laotian folks shouldn’t downplay the struggles they faced to get where they are today.

“I’m just thinking about our community, the Laotian community, the refugee community,” Vongsay said. “I want people to feel proud that they experienced this too. Please don’t feel like what you went through, what you worked on, is not important. It should be acknowledged. Don’t sweep it under the rug.”

“This is what made you who you are and got you to where you are now because I know a lot of us are much better now,” she continued. “I want people to see that new Americans do work hard and that we are contributing in different ways. We’re just like any other family.”

“When Everything Was Everything” is out now and can be purchased online at Amazon or Itasca Books.