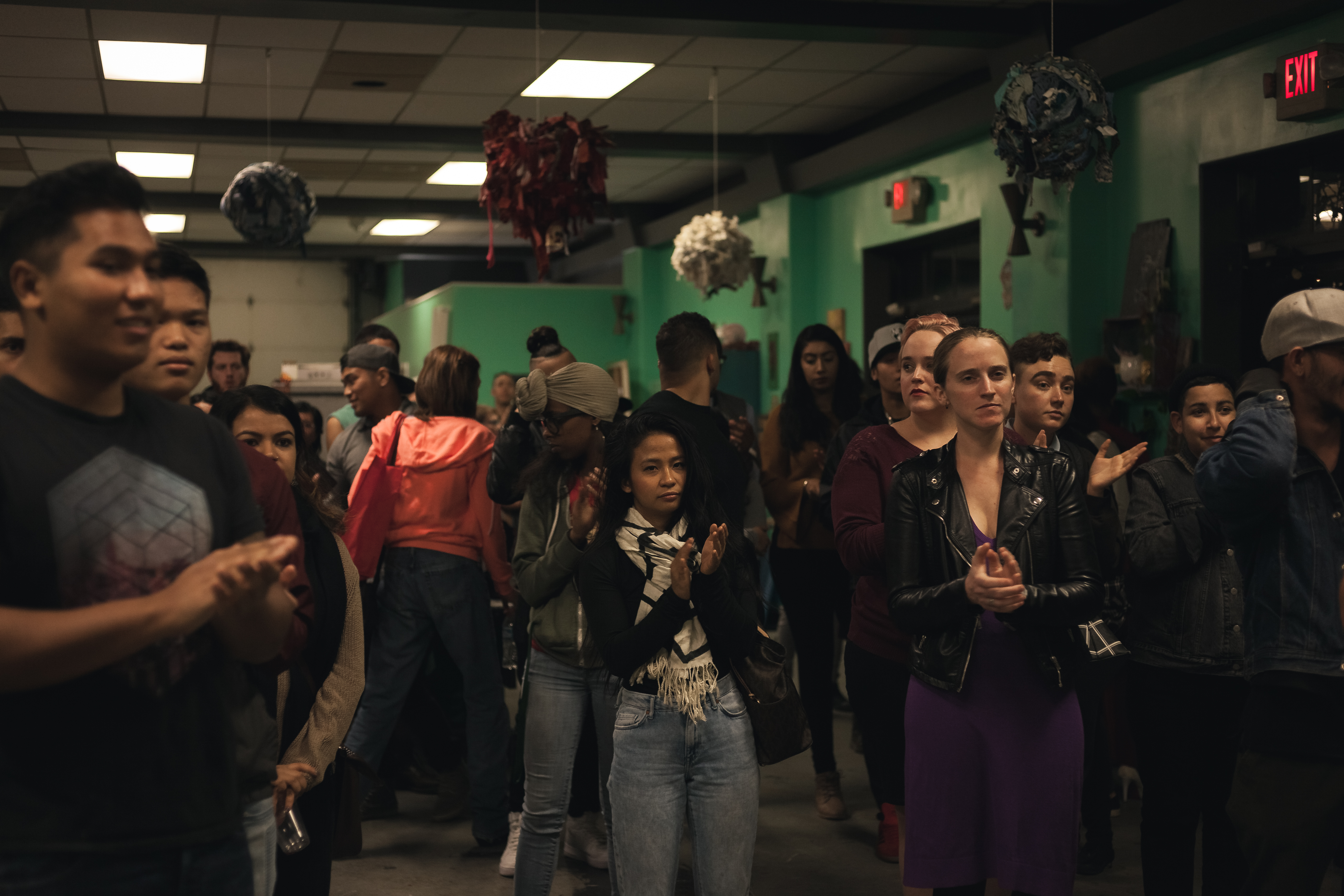 I am elated Little Laos’ers. Why? Because even after a week, people are still talking about the Brand New: Ohio 2017 Artist Showcase that was this past Saturday (November 4th).

What is Brand New: Ohio? It’s a project that I and some fellow artists and community-builders here in Columbus developed to give Southeast Asian American and Pacific Islander American artists a creative platform – and we decided to make that platform a gallery art show.

Why Southeast Asian and Pacific Islander Americans? And why an art show? Well, society often ignores SEA/PI Americans in the realms of entertainment, social initiatives, and popular consciousness because we lack access to most Pan-Asian American platforms. Asian Americans are already overlooked, so it’s a double burden for SEA/PI who typically have lower populations and higher rates of socio-economic challenges compared to other Asian American groups. The US also does a horrible job at teaching global geography and world history to kids, so that helps people ignore our histories and cultures. Because of the long list of barriers, we knew we had to prioritize these underrepresented groups – who are especially underrepresented in a state like Ohio.

Also, SEA/PI Americans are too often boiled down to tokenizing, diversity fair-level, overly consumable morsels of sticky rice, grass skirts, rattan balls, and/or silk scarves. We are also viewed negatively as foreign products of war and imperialism. Most commonly though, we are completely unknown to people. This is why our Brand New team chose to host a gallery show – because visual art allows people to exist as dynamic and contemporary beings who can amplify their own voices. We even added live performances.

There was painting, mixed media, photography, poetry, and music. Our audience loved all of it, and our audience also loved learning about Southeast Asian/Pacific Islander American communities. So much so, that many people have expressed an interest to engage our communities further, showing how much power art has. We had Lao, Filipino, Hmong, Indonesian, Khmer, Samoan, Tongan, and Vietnamese voices uplifted in the Buckeye State, and we’re ready to include more voices in more states.

I must say though, planning an art show with 9 SEA/PI visual artists, 3 SEA/PI performers, and both an SEA/PI DJ and SEA/PI photographer wasn’t easy, so I won’t end by simply saying “now it’s your turn to go out and plan the event of your dreams.” But… you should plan the event of your dreams. So I went ahead and broke down the process into Ten Easy Steps. #OrganizerProbelms

1. Throw out an idea.
Be bold. Be Lao’d. I wanted a Southeast Asian/Pacific Islander art show (in a region with very limited diversity), even though I was told that a more general Asian American art show would be easier. I stuck with what I wanted to do, and sent the idea out into the universe (facebook and Instagram).

Attendees reveling in the Brand New: Ohio gallery at Art Outside the Lines. – Nokie Perspectives

2. Collect a crew.
I made social media posts with my idea, and if someone liked the posts who I thought could help, I messaged them to join my team. It was important that I had a crew that was majority Southeast Asian/Pacific Islander, so I was conscious of that as I grew the core team. And I wasn’t scared to ask my friends and connects (in person) to refer me to their friends and connects.

3. Set a goal.
The core team made time to discuss our visions, and we went with the original goal: to create a pop up art show that would exclusively show the work of  Southeast Asian and Pacific Islander American artists from Ohio. The team made many changes as we planned Brand New, but we always kept coming back to our original goal to see if the changes were worthwhile.

4. Get feedback.
We initially planned a visual art show because that was highly unprecedented in Ohio. We also didn’t want to over extend ourselves by adding performers. Still, we kept getting consistent feedback that performances would be welcome. We discussed if this change was true to our ultimate goal – and it was – so we adjusted our show accordingly. We didn’t say yes to all feedback though – people suggested a cooking competition within the show, and that didn’t make it to the final cut.

5. Weigh your options.
You don’t always have to settle. But you also can’t let grandiose standards prevent your event from ever happening. Our biggest hurdle was finding and funding a space to display the art. After months and months, and emails and  emails, we found a space that met most of our budget, logistical, and visual needs. It helped to make a well-edited checklist of our priorities to make big decisions.

6. Hit the 5 W’s.
You should be asking yourself the Who, What, When, Where, and Why throughout the process – both on the production side and the audience side. For example, the who is asking both “who are the performers?” and “who is the audience?” The 5 W’s also help make sure your fliers are useful!

7. Support others.
Our team went to other people’s events, and these people generally returned the favor. Or they at least lent some support. We wouldn’t expect to host a successful community event if we weren’t successfully part of the community. We know it can be difficult to find an entry into the community though, so utilize social media, search engines, and your friends if you need help getting connected.

8. Be shameless.
Look. We needed to fund raise. We needed attendees. We needed people to have faith in an unprecedented event. So we asked for favors – from so many people. If you believe in your project, then have faith that the right people will believe in your project with you. We asked for money, networking invitations, and shout outs. Be sure not to overdo the shamelessness, but always remember that it is easier to negotiate down than it is to negotiate up, so always start with your biggest and boldest request first.

9. Accept what comes your way.
You think your event is going to fit evenly into this model, or even into your well-groomed spreadsheets and schedules? Lol nope. Life happens. Of course you should have back up plans, but also get comfortable with the inevitable ups and downs of community engagement. Baw pen yung.

10. Document.
Documentation is especially important for Lao Americans and other underrepresented groups. Our community is still scrambling to carve out its own identity, role models, and reasons to celebrate. Many people don’t see the need to document our community’s achievements, so we have to be sure to take that task upon ourselves. Our team did hire a photographer, but you better believe we asked our friends to snap pics on their phones too.

11. Do a run-through.
I lied. The list has eleven items. Just try to budget time, space, and resources for some type of rehearsal. Trust me.

I’ll be keeping a look out for any dope Lao American or other SEA/PI events coming up. Don’t be scared to be Brand New, Little Laos’ers.