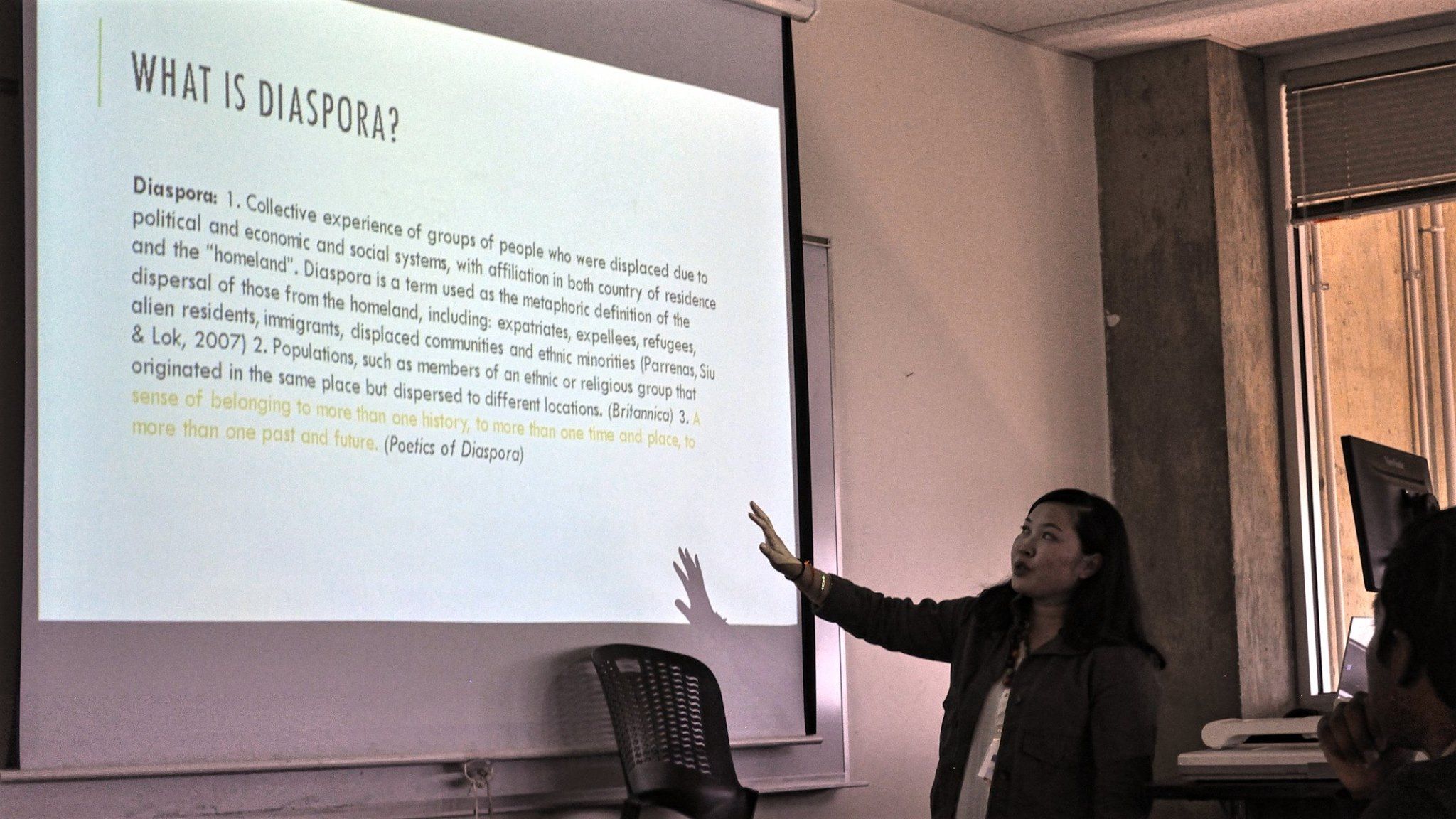 For many, Lowell might not be the first city that comes to mind when it comes to the Southeast Asian diaspora that began over 40 years ago with the end of the Vietnam War. But this industrial town is home to the second largest Khmer community in the United States as well as many Lao, Hmong, and Vietnamese. And it’s here that hundreds gathered recently for the 2017 Southeast Asian American Studies Conference at the University of Massachussetts Lowell.

This was my first visit ever to Lowell in my 26 years as a poet, and it was eye-opening to see what a thriving Khmertown can look like, with well-kept shops, restaurants and community organizations such as the Cambodian Mutual Assistance Association rebuilding their lives and preserving their traditions as best they can. This isn’t to say there aren’t challenges. The community has very clear stakes in immigration reform and education reform, as seen in many of the topics that drew the most attention during the conference.

Stretching over three days, the conference has been working for over three years to bring together the Southeast Asian American community from several different strata- academia, the arts, policy builders, non-profits and the general community. This isn’t as easy a process as one might think, but this year’s organizing committee, led by Drs. Ivy K. Ho, Sue J. Kim, and Phitsamay S. Uy,  were tireless in their efforts to be inclusive, particularly when it came to youth scholarship and bringing in elder voices.

It was wonderful to see the Mayor of Lowell, Edward J. Kennedy, make multiple stops in to the conference to see how everyone was doing, even in the middle of the Lowell Folk Festival that drew thousands to downtown that weekend. Massachusetts state representative Rady Mom also came by to welcome the community at the conference.

Laotians, Hmong, Vietnamese, Khmer, Filipino, Burmese, Bhutanese and others all brought their distinctive voices to the table, presenting workshops, panels, arts demonstrations, film screenings and open discussions on the best practices they’ve discovered over the years, and in some cases, continuing challenges that still need creative approaches to solve.

The theme this year was “Community Engagement, Research & Policy in Action,” and the opening session clearly established the urgency that we need to collaborate going forward.  Channapha Khamvongsa, the executive director of Legacies of War, began with an excellent overview of what we’d achieved together to address the problem of unexploded ordnance leftover in Laos and Southeast Asia over four decades since the end of the wars. As we mark the 7th anniversary of the United Nations Convention on Cluster Munitions this August, her presentation reminded us what’s possible at an international level when we organize.

During the opening session, the Southeast Asian Resource Action Center’s Katrina Dizon Mariategue discussed the current priorities of the organization to address challenges in immigration, health, and education that affected all of our communities. Dr. Khanh T. Dinh gave a helpful presentation on “Coming Together For Southeast Asian American Youth.” This was an important framework for us to keep in mind as we attended later sessions.

The theme of storytelling was a major thread running between many of the Laotian presentations this year. Little Laos on the Prairie founder Chanida Phaengdara Potter conducted a workshop on the first day for the community entitled “Invisible Voices & Narratives” to make a case for the importance of blogging to bring more Southeast Asian American voices forward.  Saengmany Ratsabout of the University of Minnesota’s Immigration History Research Center gave an in-depth presentation on the Immigrant Stories project which provides online tools for communities to share their oral histories across the country. TeAda Productions staged their acclaimed play “Refugee Nation” to tremendous delight from the audience and Ova Saopeng, Leilani Chan and Lidet Viravong held an informative Q & A afterwards.

Dr. Steve Arounsack of CSU Stanislaus curated numerous Southeast Asian American films including “Burmese Refugee” and Rita Phetmixay’s documentary, “Phetmixay Means Fighter.” Catzie Vilayphonh of Laos In The House presented on “Art As Activism,” and was on the panel “Rising SEAS: Challenges and Strategies for Growth as Southeast Asian American Writers.”  Many of our colleagues who helped to plan the 2017 Lao American Writers Summit attended and it felt at times like a mini-reunion. We had a chance to reconnect with emerging scholar and community builder Tommy Shee, one of our newest correspondents for Little Laos on the Prairie.

Among the standout presentations was by the Vietnamese American scholars and artists Loan and Uyen Hoang entitled “Gimme That: Searching for Vietnamese American Femininity Through Voguing.”  Dr. Cathy Schlund-Vials chaired a session discussing the University of California-Irvine’s efforts collect and archive public histories, and it’s clear they’re doing some great work out there that would benefit from further community support.

A positive discussion was held on the topic of paying it forward, discussing the relationship between Japanese American internees of World War 2 and the education of Southeast Asian American students through the NSRC fund.  A popular session addressed the Minnesota 8, and how the community organized against the deportation of Khmer in Minnesota. You can see more about the case at http://releasemn8.tumblr.com

Others gave lively presentations on topics such as contemporary Vietnamese American cultural production and “Vietnamese Diasporas: Activism and Entrepreneurship.” Award-winning poet Bao Phi from Minnesota read selections from his new book, “Thousand Star Hotel” at the closing banquet. Dr. Hai B. Pho, a founding board member and program coordinator for the Indochinese Refugee Foundation put all of our journeys into historical perspective during his remarks at the banquet that evening.

Artistically, it was clear traditional dance and music of the Cambodian community was being kept alive and well in Lowell by Phousity Huy and the award-winning Angkor Dance Troupe. Lowell is also home to NEA Heritage Fellow Yary Livan, one of the last of his people preserving a unique form of Cambodian ceramics.

This year was also an impressive debut of the Cambodian American Literary Arts Association, a new network of talented Khmer writers such as Peuo Tatyana Tuy, author of Khmer Girl; Bunkong Tuon, author of Gruel; and Sokunthary Svay, author of

the forthcoming Apsara in New York. Khmer film-makers, Flying Orb Productions and theater artist Vichet Chum gave detailed discussions on their journeys creating an artistic voice for the Khmer that affirmed the importance of sharing our stories with the community.