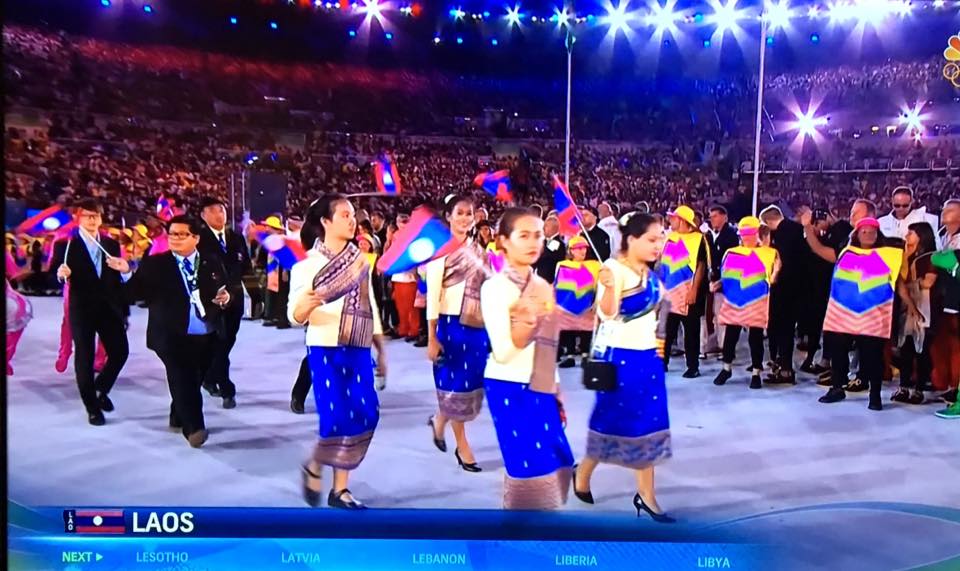 1980 Moscow Olympics was the first time the world saw that Laos could compete in the international arena with its own athletes. Ranging from judo to swimming, up and coming and well-seasoned athletes have taken a chance at a medal. In the 5 seconds that spanned the screen, the Lao Olympians marched proudly with their flag and the women in their full sinh. So far, zero medals have been won but it doesn’t mean these athletes aren’t good nor equipped to win in the near future.

Cheer on the six athletes at Rio Olympics 2016:

Siri Arun is the youngest of the group, a promising 14-year-old swimmer who is ecstatic to be in her first major competition. Contrary to the media’s popular narrative that the ‘poor land-locked communist country’ can’t produce winners, Laos has come a long way with much progress in the arena of sports to celebrate.

Read up on the full line-up of athletes here, including stats and schedules. With a better social media presence and following, sports in Laos is becoming more and more well-known. Su su, #TeamLaos!