As the end of Asian Pacific American Heritage Month approaches, three Lao American authors will gather in Fresno, California on Saturday, May 30th at the Fresno County Woodward Park Regional Library. The free reading will be from 3 to 4 pm with refreshments served. It is sponsored by Lao American Community of Fresno and Sahtu Press, and the community is also using it as a time to mark the 40th anniversary of the Lao Diaspora.  The library is located at 944
E Perrin Ave.

The lineup includes children’s book author and illustrator Nor Sanavongsay, and the poets Krysada Panusity Phounsiri and Bryan Thao Worra. They’ll be reading selections from their latest books and previewing upcoming projects. They also hope to use the time to encourage younger Lao youth to value their stories and to remember their roots.

“I’m honored to be a part of this event,” said Panusith Phounsiri, who recently released his collection Dance Among Elephants which has been selling well across the community. Many of his poems touch upon his heritage and his family’s journey in the course of the Lao diaspora which began for many in 1975 after the end of the civil war.

Panusith Phounsiri was recently up in Minnesota as part of the National Lao American Symposium and Writers Summit, and also  for the recent Freestyle Session Midwest Qualifier and the Soundset Music Festival.  A graduate of UC Berkeley, he holds a degree in Physics and Astrophysics Double Major and also a minor in Poetry.  His work has been featured in the Journal of Southeast Asian American Education and Advancement and the Smithsonian’s “A Day In The Life Of Asian America” digital exhibit.

Nor Sanavongsay founded Sahtu Press in 2013, shortly after moving to California. His goal was to create a press with the mission of publishing and promoting enduring contemporary Lao American literature and to create academic and grassroots learning opportunities. His first book, “A Sticky Mess,” has received rave acclaim for a distinctive take on the classic Lao folktale of Xieng Mieng. He is currently working on a follow-up, and developing other projects that touch upon the imagination of the Lao community and its values.

“There are over 260,000 Lao living in the United States, but its a challenge for many of our families who have not always heard our own stories, in our own words,” said Sanavongsay. Sanavongsay’s own family came to the US in 1979, originally resettling in Tennessee, but soon relocating to Elgin, Illinois, where they stayed for nearly 30 years.

Bryan Thao Worra holds over 20 awards for his writing and leadership in the arts, including a Fellowship in Literature from the National Endowment for the Arts. He won Book of the Year from the Science Fiction Poetry Association for his 2013 book DEMONSTRA, from Innsmouth Free Pres. His work has been part of several Smithsonian Asian Pacific American Center exhibits,  and he represented the nation of Laos during the Cultural Olympiad during the London Summer Games.

“This will be a first for the three of us reading together in California,” Thao Worra said. The three have been working actively with other emerging writers and community builders to build a greater awareness of the Lao community and its journey. “The Lao story has had a complicated journey so far,” said Thao Worra, “But in many ways, it has also only just begun, and we need to write to the fullest for ourselves and the next generation.” 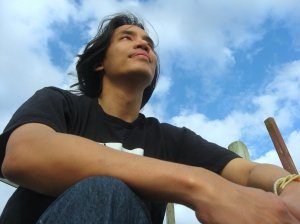 Founded in 2000, the Laotian-American Community of Fresno was created to be a source of mentorship, guidance, and support for community members and their families. They are the only Lao-run nonprofit in the Fresno area, and their mission is to promote and preserve Lao cultural heritage and traditions through traditional Lao dance and literacy classes, and also to empower Lao youth to succeed in life. Over 6,300 Lao are estimated to live in or near Fresno.

The trio will also be traveling to Oakland, California this week to participate in the very first Oakland Book Festival at the Frank Ogawa Plaza. You can visit Sahtu Press online at www.sahtupress.com